The governor is now pretty much out of the health care management/investment side of the business with this sale.  We all may remember that he spent a record 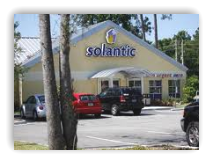 $73 million on his campaign to become governor.  It’s interesting to see how the value of Solantic fell over the last couple of years as well.  Right now he’s not that popular in the state with the recently signed budget.

You can read the entire article at the link but basically the doctor talks about the working conditions at the office where he worked and the day to day evaluations and how those at the bottom as far as not meeting standards were clipped off.  14 hour shifts were expected and everything evolved around the bottom line.  Clinic management turnover was frequent and it was not unusual to see 70 to 90 patents a day, that’s a huge workload in anyone’s books and was the bottom line focus putting patient safety in danger?  According to the doctor’s comments, getting revenue built was the big focus.

Incentives are supposed to be good but in this case were they set too high?  Cameras were in all office but we kind of expect that today but the staff was expected to suggest extras for patients to buy as well, so with 70 patients a day how much care time did they get versus marketing time to buy vitamins and so forth?  BD

By the time he was fired from that job nearly six years later, Prokes said, that same clinic had quadrupled revenues to about $8,000 a day, reaping profit margins unheard of at most doctors' offices.