I think we all could admit to agreeing with the one statement at the end of this article that says the single payer system cuts down paper work and time and this was a study to also compare the work of Canadian doctors to those in the US.  If as a patient you have not had the opportunity to see some of this in action, just wait until you receive a denied claim or referral and the fur and time begins to fly. 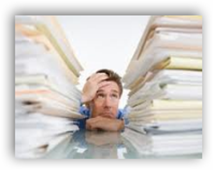 When doctors can’t handle and get their requests handled by their staff, then it becomes the patient issue as well and many have already had to deal with this and it’s not fun.  Each carrier is different on some items, and even different than Medicare when it comes to coding.  Everybody is not speaking the same dialect of the common language.  Electronically filed claims help out but those are not the issues that take the time for the most part and sail on through.  This is the area in which I began in healthcare in seeing the processes and coming from a very updated industry in logistics, I originally could not believe my eyes.  Today with using many 3rd party entities to help in this area, the referral and claim information might be even outside the insurer’s office too.

There’s a lot of competition in the algorithm processing business of claims and referrals as risk assessments get included and some of the 3rd parities in the last couple of years have been purchased by insurers, so it can get a little more 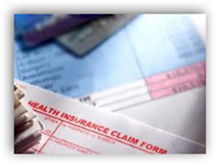 complicated.  Yesterday I wrote about Emdeon being purchased and last year Cigna cut out their exclusive agreement with the company to use another 3rd party Health IT claim algorithm company, Ingenix (now Optum renamed) so they in fact with using their Health IT services at Cigna now put bottom profits to United Healthcare via the use of subsidiary Health IT companies, interesting isn’t it and sometimes as per this article adds to the additional time and money that doctors spend to get the desired patient care and it all takes time away from seeing patients and the doctor’s bottom lines.

There’s also this situation to where with a post audit that claims are rescinded and the amount is just deducted from a current reimbursement check and that makes it hard for the practice with bookkeeping as the claims being paid on and EOB might not be related at all to the claim being rescinded and being deducted, and then going back and properly crediting the amounts paid becomes a real big nightmare with proper applying of payment dollars.  BD

That's the cost of the time and labor it takes for physicians' employees to correspond with various insurance plans about claims, coverage and billing for patient care and prescription drugs.

The study, published Wednesday in the journal Health Affairs, found that Canadian physicians spend about a fourth as much as their American counterparts to complete their necessary paperwork.

"The major difference between the United States and Ontario is that non-physician staff members in the United States spend large amounts of time obtaining prior authorizations and on billing," wrote Dante Morra, an assistant professor from the University of Toronto.

American physicians must interact with many different insurers, which have different rules and methods for filing claims. They also must spend time obtaining authorization for certain medical procedures, which, the authors said, can ultimately save money and prevent doctors from giving inappropriate care.

Canada has a single-payer health system, which means physicians are filing only one type of paperwork.