UPS did a survey here on the added pressures for executives today making decisions and it’s not easy.  If you have not noticed the extreme amount of mergers and acquisitions in healthcare, take notice as it’s now beginning to play out. 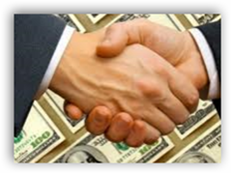 Insurers under one arm of the company are negotiating cuts in many contracts with physicians and hospitals, and yet another subsidiary of the company is ready and willing to sell the same clients (doctors and hospitals) the software and algorithms they need to work the complicated system we have today.

You can’t help but notice this in the news and if you listen to doctors and hospitals talk about their reduced reimbursements, it’s all there.  Now what is making this look a bit strange here is with the all the insurer acquisitions of Health IT companies as do they line up a sales force to march in to sell software after the rates of compensation are lowered?  In other words reduce the compensation and then march in with a subsidiary and attempt to squeeze blood from a stone?  This is probably an area that will get more attention as time marches on with the big corporate conglomerates as they end up with 2 sides of the deal here.  It’s almost a bit of an oxymoron to where it is stifling confidence and growth as how do you cut compensation and then walk in to sell more Health IT technology?

Many may not be aware of the subsidiary companies now held by insurers but it’s growing rapidly.  Last week a study came out and talked about the expense of handling insurer red tape.  Is the answer to buy more software that works with the carriers in processing claims and is this a constant battle that can’t be won?  I do wonder how many hospitals and doctors are in fact caught up in this chase as it seems to appear?

In addition to the above some insurance company subsidiary groups are buying up some pretty large HMO and IPAs too, so is this the answer to buy them up and force feed the technology to boost the sales in the Health IT area when the money gets low or runs out?

Again I have been watching this over the last couple of years and it certainly seems to be a trend that is growing in some areas.  When you have a large Corporate Conglomerate, all subsidiary actions go to the bottom line as well and subsidiaries are also required to perform for shareholders too.  Is this somewhat why the CEO of United is the highest paid CEO in the US?  Is this really all about the math and business algorithms?

Here’s another example of a large purchase in southern California with CareMore, an HMO for senior care.

So again the question in my mind here is the cost business in healthcare reliant on one side of the conglomerate (Health IT subsidiaries) feeding the other side with contracts?  Both seem to be drawing a lot closer these days and again it leaves the smaller Health IT folks out of the game as noted in this recent survey.

This again may be something to think about as with the large daisy chains today of subsidiaries that have been created, it might just be of interest to look and see who owns who and where your money spent with all the the firms goes, in other words which conglomerate is adding to their bottom line profits and with insurer compensation contracts getting lower, this might just be worth a look before making choices today.  The UPS study kind of confirms some of this too, and what is that competitive edge, owning most of the companies that offer services?  BD

Amidst industry pressures and change, healthcare executives also are focused on investing in their supply chains to increase their competitiveness. Technology investments ranked as the No. 1 strategy, with 86 percent of respondents reporting that they would invest in new technologies over the next three to five years. Tapping into new global markets was the second top strategy for increasing competitiveness, with 81 percent of respondents reporting plans to expand in new areas in the next three to five years.

"Change is the only constant in healthcare today and it is happening on a global scale, driven by factors such as cost, regulatory pressures and global expansion," said Bill Hook, vice president, global strategy, UPS Healthcare Logistics. "Going forward, companies have to find new ways to innovate and adapt to rapid market changes and this is where the supply chain plays a pivotal role. UPS helps healthcare companies leverage logistics to do things such as expand into new markets faster, implement greater supply chain efficiencies and improve the customer experience, leading to competitive advantages."