Home » My Commentaries » Other Items of Interest » Technology » New Rules Help in Preventing Another Flash Crash But How About the Disruptor Algo Encountering the Boston Shuffler, The Knife, Carnival or Other Named Algorithms That Lurk

New Rules Help in Preventing Another Flash Crash But How About the Disruptor Algo Encountering the Boston Shuffler, The Knife, Carnival or Other Named Algorithms That Lurk

On the Street and in Healthcare, it’s all about those algorithms.  This is an interesting video that discusses some of the algorithms put in place on the markets to stop

other algorithms when certain parameters occur.  The 2000 physicists work on this all the time also known as Quants in some circles.  Investors are wary of how high frequency trading works with taking very small elements and working the odds, but that’s it works today.  We have some machine learning going on here with algorithms no human is calling.  The programmers and Quants develop the algorithms that can stop other algorithms.  They are talking a small glitch with Exxon below.  Watch this video and then continue on after the break.

I made this post with this excellent video from Kevin Slavin on how algorithms affect our lives and he’s talking flash crash and algorithms that no humans are talking too so this is worth embedding once again.  It’s been going like gangbusters on the blog with being read.  The folks in the video above have probably never written a stick of code so now see the difference from a speaker who has and get the full story. 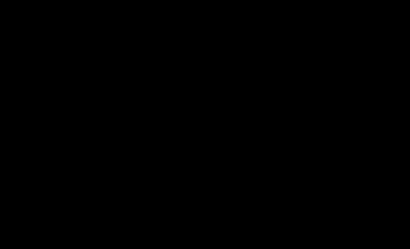 Your pension, your mortgage, etc might be at the mercy of these algorithms.  Nobody ordered and had any control over the flash crash.  We are writing code that we can not longer read and lost some of the sense here.  In the image below look at the fiber optic laid between Chicago and New York all for running trading algorithms.

He mentions the company Nanex that reached into the exchanges and they actually find some of these rogue algorithms and pulls them out and pins them to walls like butterflies.  He points out how some of these algorithms make their way on to Amazon with a little tiny book selling for over a million (which is not worth that, it’s the algo).  These are algorithms locked in loops with each other with no human oversight.

Want to read some of what they find, take a look at the Flash Crash Analysis page they have on the web and you can dig in further if you like.  I like the one comment there stating “it’s Whac-A-Mole again”…an algorithm.  The company sells data feed software and their product helps of course with their research arm.

Good example in the video too is comparing two different vacuum systems, with 2 different algorithms programmed for cleaning up.

Nanex reported that on August 5,2011 1 trillion bytes of data were processed and a year ago the level was half of that amount, so more exposure and more chances for some rogue algos out there.

The SEC should stay close to these folks for sure as they noted one other proposal fro the SEC on 803 would have made the crash worse.  With all the activity this week, the folks at Nanex are back in action.  So if you watched the 1st video and then the second, you might have a better idea as to what’s going out there.  BD

New rules put in place since the May 2010 Flash Crash have helped the markets sidestep another flash crash. Despite a few minor glitches, the markets not seen any major trading glitches, Brendan Conway reports.