We have one more sign of employee unrest and the National Labor Relations Board has ordered the vote to be taken again. There are 2 unions here vying for the position to represent thousands of Kaiser Permanente employees.  As mentioned there’s a big cost here and Kaiser has agreed to a new vote as well.  A few months ago nurses struck at a Los Angeles facility to bring attention to patient safety and that cost money too.  Nurses want to be heard and who better 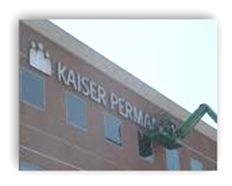 whenever it comes to patient safety as they are the front line in any hospital.

From what I am reading here it did get sticky with Kaiser having to repay some employees some wages that were withheld for joining one union.  All unions are not the same and have different representation of course so too when changing to a new union with contracts, well that costs money too.  I think just the battle itself here shows the huge unrest in the US as far as working conditions and employees being more outspoken.  I think Kaiser is in a position financially to withstand any battle costs though as Wendell Potter pointed out a couple months ago that their profits have grown to over $ 5 billion since 2009, but wait they are a non profit, right?  The profits and money all goes to sit reserves according to his article and he also let on that the CEO is making $8 million a year.  We don’t normally get much insight into the financials of the non profits.

Anyway with the union dispute it doesn’t seem like there’s any financial hardship here unlike other union situations across the US by comparison.  What is also interesting too is that the 500 IT professionals rushed in to join the Service Employees International Union, United Healthcare Workers – West (SEIU-UHW) on Thurs., June 30.

The rerun will be interesting to see if any of the outcomes change here.  This is one group who seems to be lucky with the money available to pay them.  BD

While millions of Americans work jobs with stagnating wages, poor job security and no union representation, two labor unions are waging a turf war over a group of unionized California hospital workers, leading critics to question whether the saga best serves the interests of ordinary American workers.

In the latest chapter of one of the nastiest union battles in recent memory, the National Labor Relations Board has ordered a do-over of one of the largest union elections in U.S. history. The board's ruling is a blow to Service Employees International Union -- one of the most powerful and fastest growing American labor unions -- which won the October election when employees at California health care giant Kaiser Permanente chose not to join the rival National Union of Healthcare Workers by a vote 18,290 to 11,364.

"The rerun of this Kaiser election will involve a huge amount of money, resources and attention ... at a time when unions are in such trouble," Freeman said. "It seems a great shame to me that such energy is going to be devoted to an internal squabble. No matter who wins this fight, workers at Kaiser will be represented by a union -- not so for thousands of U.S. workers who would be benefited by representation."

"The real question for Kaiser employees is: So why is it that Kaiser so wants this union? Its because the SEIU is a company union; it's a sellout union; its not about workers rights," said NUHW vice president John Borsos. Borsos added that in order for the election re-run to be fair, there would have to be extensive efforts made to insure that every employee understood that Kaiser and SEIU lied in the previous run up to the election.

SEIU, meanwhile, says that while they don't agree with the NLRB's recommendation for an election do-over, union leadership at Kaiser has already voted to support a speedy reelection.