I can agree with this article from the New York Times and in consumer mHeatlh applications I have been saying the same thing for the last 6 months, slow down and get the security tight and make apps that do more than “one thing”.  I get fatigued just reviewing them for others and if fatigue is setting in we need to take deep breath here and there.  The users depicted in this article too are Twitter fans and I have said for quite a while that Twitter gives me time while other social networks take my time.  Twitter is my news and it’s fast and efficient and I hope it stays that way.  Everyone though is certainly entitled to their own opinion for sure as everything is not for everybody in the world today.  I look and see the government pushing yet another contest with a Cancer application and then we have HHS pushing a Facebook contest.  Stop or should I say start indulging yourself and get a taste before you know what is good for everyone else. 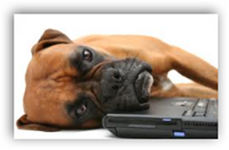 I could do without a new social network knowing the ones I use are in fact secure and would rather take that as a trade off.  In another article in the Business Insider today the discussion was held about start ups and what makes it and what doesn’t.  A few quotes from the article below…..1 of 100 start ups make it for the odds that are commonly quoted. Social networks, video distributors, and clean tech businesses are the types of companies being shut down now. The firm is also shutting down an online retailer -- retail looks easy from the outside, but maintaining the proper amount of inventory is really complicated and can easily kill you if you get it wrong.

Series B seems to be the "safe zone." Sherwood shuts down a lot of companies that have closed angel funding and Series A rounds, but when companies get to Series B there seems to be a real push to go big and get to the next round. But by the time companies get to Series C or later, they often run into competitors who've gotten to scale first or can't raise enough capital to make the huge push necessary for a successful exit.”

Sure we need technology development all the time, not arguing that at all but can we collaborate a bit better and stop throwing stuff up to the wall to see what sticks for millions of dollars?  I know some healthcare folks that would love to continue to do their jobs and take care of the developers and technologists when they get sick too if there’s enough money left to pay them as hospitals and doctor incomes keep going down unlike the Silicon Valley.

As a matter of fact I made about this in October of 2010 and it is still read quite heavily here, collaborate to innovate would really be nice as in healthcare we are just flooded with applications that are seldom used and bunches of frustrated developers and the think people who are also frustrated who

try push all of this without hitting the consumer “value” button.

The web peanut gallery is also very prevalent too with tons of articles pitching how great the algorithms are and how everyone should use it, but they never touch it themselves, so go figure….what does this accomplish?  BD

WHEN Jessica H. Lawrence left her job with the Girl Scouts of San Gorgonio Council in Redlands, Calif., to pursue a new life in New York City, she arrived in late January without a job, an apartment or someone to keep her warm through the winter nights.

But in less than six months, she found all three — and all because of Twitter.

The job came after a friend’s tweet inspired her to attend NY Tech Meetup, where she applied for a job and became the managing director.

She found her apartment after sending a Twitter message to the founder of the Midnight Brunch supper club. That scored her an invitation and — after meeting the owners of the brownstone where the meal was held — the cellar apartment, too.

“Value is in the eye of the beholder,” said Mr. Solis, adding that a small percentage of readers of his networking sites said they were suffering from social network fatigue. Then again, they usually get a second wind.