Prognostic Scoring Analysis System Can Tell Doctors How Long Cancer Patients Have to Live; Danger Zone As Far as Misuse With Drug and Treatment Access for Patients

This is kind of an interesting topic and not a pleasant one by any means, but now there’s a software tool that can give the predictions based on analytics on how long a cancer patient has to live.  This is news nobody wants to tell a patient and never easy, and we do have quite a few cases of patients beating the odds of what they are told.  One very prominent person who is well known throughout the healthcare web industry is e-PatientDave who is speaks all over the world about getting involved in your own care as it just may save your life like it did his. 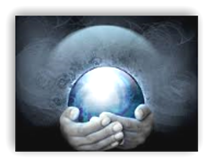 Now the danger area here with analytics come in as far as treatment and will the “digital illiterates” or those who are flat out trying to cut costs use such analytics to deny care?  You know someone will do a study to justify such and thus again ethics must enter the picture here as again there are many the beat the odds and you never know when that might happen.  You can read below the opinion of one doctor as well and he recommends the same with using the information wisely for sure.  Here’s where the danger zone comes in with program such as FICO coming back with numbers and let’s say a patient was scored using their “flawed” system of using credit scores and one ranked low, so would they deny care?  I mention this as chemo drugs are in such short supply today, so again what affect would this have?  Even though it’s chemo-therapy delivered, analytics folks usually wouldn't even see that as they are numbers folks and not doctors.

Heck all FICO wants to do is make a buck selling software and algorithms that they profess to be helpful and again I say mis-matched for the sake of marketing and making a buck.  It is what it is.  With the data worlds today you can see where such an analytics algorithm sold to an insurance company, mixed with the results of the predictive results would end up almost being in the category of the “unreadable data” and the computer would perhaps kick out devastating and statistics that would deny care and treatment.  You head it here first as it may not be these two instances, but there’s out there doing similar analytics with data today, and it seems to be easier when the analytics folks are owned by big conglomerates as they could potentially have access to many different shapes and forms of data and we don’t know how they are using it.

So folks go lightly on your “scoring” of the human bodies with cancer and use such information wisely and don’t let the analytics fall over into areas where this would deny care.  We have already seen how the “digital illiterates” in Arizona were cold and heartless with implants and so if it happened once, it will happen again and until someone questions the data, nobody has to account for how their decisions were made and the roots of their data. Another related article below talks about “IT data profiling” and this is different from what you are hearing in the news today and has to do with making sure the data entered is correct, and love the example given on the data entry clerks paid by how many forms they do an hour and when they don’t know what the accurate data is if missing, they just out guess and then you as a consumer have the flawed data in yours files, which could be spread out to more sources than you could even imagine today with all data being aggregated and summarized for analytics.

In summary this occurs when the integrity of the data is never checked, just collected and sold to another party.  It does cost extra money for the data to be checked and those that are selling collected data just may not take the extra time and money to do this.  BD

ScienceDaily (Aug. 25, 2011) — A new scoring system can more reliably predict whether patients with advanced cancer are likely to survive for "days," "weeks" or "months" finds a study published online in the British Medical Journal.

Patients with advanced cancer and their carers often wish to know how long they have left to live. This information is also important for clinicians to help them plan appropriate care. Clinician predictions of survival are the mainstay of current practice, but are unreliable, over-optimistic and subjective.

So a team of researchers, led by Dr Paddy Stone at St George's, University of London, set out to develop a scoring system for use in patients with advanced cancer in different care settings that was as good, or better, than clinicians' best predictions.

Using a combination of clinical and laboratory variables known to predict survival, the team created two prognostic scores (PiPS-A and PiPS-B) to predict whether patients were likely to survive for "days" (0-13 days), "weeks" (14-55 days) or "months" (more than 55 days) compared with actual survival and clinicians' predictions.

In an accompanying editorial, Paul Glare from the Memorial Sloan-Kettering Cancer Center in New York believes that prognosis "needs to be restored as a core clinical skill, to optimize the patient's treatment and planning."

He says that prognostic tools can help, but should not be applied blindly, and he points out that "communicating the prediction to the patient is as important as forecasting it."