This really is a big deal that needs attention and recognition as this won’t be the last and it has not been the first.  Far more than any other industry “proof of concept” is alive and well and this is not to say that all of the concepts are bad, not so as we have a ton of good stuff out there, but the complexity of the “concept” changes so rapidly that those making regulations don’t take or are not allowed enough time to go beyond the “concept” and sometimes we get a lot of “half baked” technologies out there.  We are still only human and with budget cuts with hospitals and healthcare facilities all around the US, these folks are in a Catch 22 situation with goals to reach and flat out not enough time and money.   See the link below where Dr. Halamka spells it out.  In healthcare we are still human bodies and not just merely a “concept”, right?  I don’t think anyone will disagree with me on that one.

Some of the problem issues lie though with administrators, executives, and so forth living off this “proof of concept” theory when in fact we have seen it time and time again in Health IT, it doesn’t work in the timelines they predict nor is there enough time to education and bring everyone into the fold, and thus some of the higher positions in this industry are experiencing a fall out.  As a human being, you need to have a feeling of accomplishment with what you do, and when that is diminished to the point to where such goals can’t be attained, up comes the white flag. Here’s another white flag recently announced.  These people have to be able to function and have that feeling of accomplishment.

To make matters worse, we have side shows, like this one with HHS running a contest for a Facebook application for 50K to use in case of an emergency, (not recommended for riots) and what kind of importance does this have – NONE.  This is the result of folks without some hands on IT experience trying to show they are doing something and it is not that they are bad people, but more or less the folks missing the cue here with no hands on experience and little or no participation themselves with consumer Health IT.  It is what it is.

It comes around to those folks in executives positions that are the “non participants” but feel they have expertise to tell everyone else what they need?  I don’t buy it for a minute and it is really showing today in the

news right and left if you look for it.  The reality here is somebody just got marketed and doesn’t know the difference of what it needed and what is not and that is the vulnerability of those in executive positions that don’t participate and try some of this out themselves in the consumer areas of Health IT.  So, no wonder you are starting to see so many white flags coming up as they get this nonsense thrown on their desk to deal with as well.  I hinted around over a year ago for some role models at HHS and we still don’t have any yet that talk about their use with Consumer Health IT, so again this is what leads to so many of the side shows with technologies that are maybe better left for another time and are in fact just that, a side show to give the effect that something is cooking.

Just keep in mind these are still humans in these positions and when it gets over bearing to what can be accomplished, or if they find themselves in a position that has demands past their own levels of participation, it’s time to jump out of the pressure cooker for those having to coordinate with others who are pushing the “proof of concept” reality only.  Heck I would leave in a heartbeat too if I was boxed into that corner and we will see more.

Besides this area, we have insurers who have figured out with their subsidiary companies they have bought this last year how to turn HIE into a profit making business so add that on to the mission here and so how do the non profits exist with steroid marketing so make a buck in this area? I post a lot of those types of informative posts and I usually label them “subsidiary watch” as 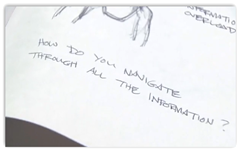 we do get confused today with the long daisy chains of subsidiary companies being formed, but remember they all put profits down to the bottom line of the overall corporate company.  The doctors really are in a spot today as they get new lower contract from insurers, and then the corporate conglomerate gets to market them with more software to keep what’s left and a report recently came out that the average cost of the red tape administration costs an MD about 83K a year, so gee why are they not jumping for joy here, I think we can figure that one out easy enough.

So in summary due to all the mergers and acquisitions and marketing angles faced today that are far from what was set up a few years ago with changing algorithms too, expect more to throw in the towel and give up, because we have created a non win situation here to where that feeling of accomplishment has been lost with overwhelming, over taxing and demanding too much seems to reign as king, again coming from so many “proofs of concept” that have yet to be proven.

Another one bites the dust and this is the reality of what we have built and what we have today and the sad thing here too for one last item is that we are losing a lot of good people.   If we could only get this work in Congress with some white flags though we could be miles ahead in that area <grin>.  BD

electronic Health Information Exchange ("HIE") in cooperation with California's Health and Human Services Agency (CHHS). Dr. Edwards will continue to serve the organization as a Senior Advisor. Dr. Edwards served as the State HIT Coordinator in Georgia when she was recruited to come to California to jumpstart the State's HIE efforts.

"Dr. Edwards has done a great job getting our "start-up" company off the ground in a complex and uncertain environment," says David Lansky, Co-Chairman of the Board of Directors of Cal eConnect and President and CEO of PBGH. "Launching a new organization of this caliber in such a short timeframe has been an enormous accomplishment.

Dr. Edwards plans on spending valuable time with her husband and two young children before embarking upon her next major project.