Fierce Pharma in conjunction with Sermo, the doctor’s social network have compiled

a survey of interest with regards to prescribing life extending drugs, Provenge is the big example that stands out.  It is not cheap. You can view the full results of the survey from the link below and can download the full survey report.  Over 68% voiced a concern with either reimbursement or drug delivery.

to bring some of the information from Sermo, the private doctors' social network in order to bring forward what the doctor’s opinions are, rather than just seeing an investor’s take as we do on the web.

With other types of oncology drugs, some of which are now in short supply, the oncologists changed their treatment from out of the office to having patients visit

hospitals as sometimes the reimbursement efforts left them out of pocket to cover the cost of the drugs up front and then fighting a claim later to get paid.  In the survey,some doctors also mentioned that the cost for such drugs should not go over $60,000 while others said that $10,000 should be the cap.

One oncologist is quoted below in the report/survey:

"I have not used the agent and have no plans yet. FYI the majority of eligible patients are in their 80s, so placing dialysis catheter in their neck and hooking them up to pheresis machine is not a little fit." - Oncologist on Sermo

Just last week, yet another expensive drug was approved by the FDA at $13,500 a dose with several doses being the norm and I had a reader asking me about Zytiga on where he could get help as he said he had insurance but still needed to pay $25,000 out of pocket.

It’s good to get the doctor’s input for a change as they are the ones with the doctor-patient relationship and prescribe treatment.  Hopefully there will be 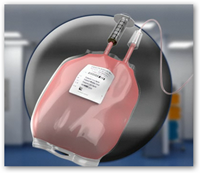 additional surveys to follow but the question of reimbursement is big and rightly so, how can we afford the drugs as even with insurance there’s still some big potential cost involved here.  One more tidbit here relative to Provenge which was in the news of late as the FDA just approved another facility,  however it looks like they will be laying people off.  If you have followed the development of the drug over the last 3 years with all the news, it has been a rocky, bumpy and political ride.  BD

A new, free Sermo survey of experts on the front lines in cancer care may help address the crucial ethical question of how to measure life-extending medical treatments' cost versus benefits.  Feedback from approximately 100 oncologists and urologists in the United States shows that financial and treatment administration issues facing Dendreon's Provenge for prostate cancer could signal a trend for other life-extending medicines and provide valuable insight to the biopharmaceutical industry overall.  According to Sermo, these results provide a clearer, more relevant, real-world picture of doctors' views on the specific dollar value of a clinically-proven survival benefit.

Among the key findings:

In addition, most of the specialists participating in the survey also say they have major financial concerns for themselves and their patients when prescribing life-extending treatments.

About SERMO
Sermo is the largest online physician network in the United States, with more than 120,000 doctors, spanning 68 specialties. Sermo surveys leverage a level of candor and openness that many doctors maintain on social media, resulting in a more accurate measurement of true prescribing behavior inside the clinic. According to the Manhattan Research study called, "Taking the Pulse® v11.0," information physicians receive from colleague consults has the greatest influence on their clinical decisions, and healthcare provider portal sites, such as as Sermo, have the best reach amongst online physicians. The report also shows that of the nearly one-fourth of physicians already using online communities or social networks, 84% have visited Sermo in the last three months, more than three times the next largest competitor.