Now that the code has been “cracked” this will lead to the creation of drugs that will be able to target these areas, and maybe even a cure.  This is truly big news as the 2 of the most deadly types of cancer have been identified for targeting.  A blood test will be able to help diagnose in time.

The key here too will be sequencing more individuals with cancer to further identify information to enhance current treatments such as chemotherapy and maybe even radiation treatments too.  Part of today’s medicine with genomic research is to find that target, job one, then the development and R and D can switch into high gear.  BD

All the mutations that turn healthy cells cancerous in both lung and skin tumors have been identified in what researchers described as a "transforming moment" in the search for preventions, treatments and cures for both terminal illnesses.

Such a detailed picture of the fundamental causes of the disease will lead to earlier detection, new breeds of drugs and better understanding of what causes the disease, they claim. 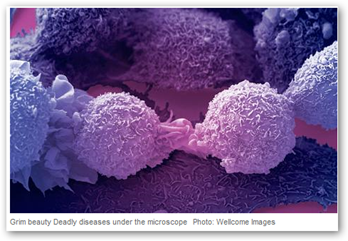 Most of these mutations are known as "passengers" and cause damage but not cancer. However a small number are called "drivers" and these lead to the disease.

By sequencing many more cancer patients over the next few years, the researchers hope to distil down the mix until they have a handful of targets to hit with treatments such as chemotherapy and radiotherapy.

“Cancer Research UK is extremely encouraged by this fast-emerging area of research. Never before has the potential of genomics to bring benefits to patients been so apparent, and we are already planning major new investments to add further depth to this cutting-edge work."