If you have kept up with the news of late, you may have read quite a bit about this issue and where the disputes lie.  It all goes back to the women's health initiative and the fact that ghostwriting was used to promote the drug.  Under the related reading section below I have a few posts from this blog.

One question that keeps arising is why do they not run numbers on Premarin versus FDA approved Bioidentical drugs to give us women some numbers.  We keep hearing about the negative press about personalized formulation but nowhere do we hear about the FDA approved Bioidenticals.  I did an interview with Dr. Erika Schwartz and we talked about that “where’s the numbers”, and I agree here I would like to know as well as a few million other women in the US.

Can’t the insurers with all the money and business intelligence software they have crank out some numbers comparing Premarin with FDA Approved Bio Identicals or is that too much to ask as it may not result in profits?   Is this coming down to the fact that we might improve our healthcare knowledge here, but nobody makes a buck doing it?  We get numbers for everything else out there today, so what’s the hold up here?  This should be a priority as HRT is a hot topic and we want to know!!  Maybe some of the court cases might hype this into action.

Dr. Schwartz named several FDA-approved drugs that are bio identical to include Estrace, Evamist, Vagifem, Estraderm, and Climara for estrogen and Prochieve, Prometrium, and Crinone for progesterone.

Why can’t the FDA get this together as they have approved bio identical HRT drugs that are prescribed today, but I am giving them a bit of slack here as they have had to jump and run to get their Health IT software and servers up to date.  Here’s a couple historical links that might prove interesting so you can see how HRT began in World War II, scary but worth reading for knowledge.

The Greatest Experiment Ever Performed on Women

Bioidentical hormones have the same molecular structure as the hormones produced by the body she stated and they can't be patented so this might explain why marketing has not been more aggressive. We see this all the time though with other drugs in other countries too, if there’s not a market, they don’t go there. I asked further about the breast cancer connection and the warnings issued by the FDA years ago, and asked are all hormone replacements pose the same for breast cancer.  BD

Why? The big drugmaker Pfizer says the video, which discusses its Prempro and Premarin menopause treatments and is posted on

YouTube, is misleading and aimed at swaying potential jurors in future trials over the pills. So Pfizer asked a judge to order its removal, Bloomberg News reports. 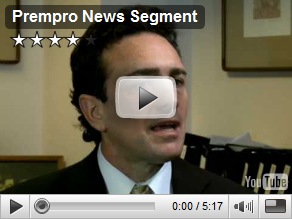 Pfizer Doesn’t Want You To See This Video // Pharmalot