All this comes at a time where hospitals are just “getting by”.  This is just one more reason where healthcare for profit is failing as they dividends come from premium money that is paid for coverage.  If this were a non profit business we wouldn’t be dealing with this factor and many more dollars would appear to be available to take care of health problems. 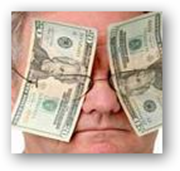 Last estimate was around 55% of the hospitals in the US were operating in the red, so does this make sense?  Without hospitals we don’t get cured and don’t have the necessary surgical procedures to save lives.  Health Insurance started many years ago as being non profit and maybe it’s a good idea to give that some thought once more. With today’s current business models we are doing way more than spreading the cost over a large group of insured, we are increasing overhead and additional profits for those with creative algorithms who have found a way to get a piece of the pie, thus diluting the dollars paid.  BD


ALBANY -- Three for-profit insurance companies want to pay more than $1.2 billion in dividends from premiums collected during 2008 in New York state to their out-of-state corporate parents, drawing the ire of Gov. David Paterson and other officials.
The amount is up from $948 million the year before, and comes at a time when many consumers are facing double-digit percentage increases in health care costs.
"The fact that health insurers take such large amounts of money out of the health care system while individual New Yorkers and small businesses struggle with skyrocketing health insurance premiums is deeply troubling," the governor said Thursday. "State law allows them to issue these dividends to their out-of-state corporate parents, and there is nothing New York State regulators can do about it; they need the authority to protect consumers."
On Friday, the insurance companies, United Healthcare, parent of Oxford Health Plans HMO; Aetna; and Wellpoint Holding Corp., parent of Empire BlueCross BlueShield, defended the payouts.
The companies cited by the governor's office and their proposed dividend payouts were Oxford Health Plans (NY) HMO, $800 million; Aetna Health HMO, $134 million; Empire Healthchoice Assurance, $200 million, and United Healthcare of NY Inc., HMO, $75 million.
"While insurers seek to distribute $1.2 billion in dividends to out-of-state corporate parents -- a staggering 25 percent increase over last year -- hospitals on the frontline of patient care are struggling just to break even," said Kenneth E. Raske, president of Greater New York Hospital Association. "That disparity should outrage all New Yorkers."