The American College of Cardiology has has their website on the internet with their cause and battle against the proposed cuts.  You can also read some additional 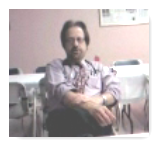 comments from cardiologists on the site as well as as watching videos from their website, one of which I have embedded below.  One of my clients, Dr. Mike,  took time to write his congress person, and just this morning I received an email from him stating he has heard nothing.  Actually his letter through one of my comments has been accessed here through I link I provided on the New York Times.  You can read Dr. Mike’s letter at the link below and my original post.

Cardiologist Writes to His Congressman Regarding Medicare Cuts – The Impact

This is the preface to the letter he wrote:

“I am embarrassed and humbled as I send this letter to you. It is a letter I sent to my congresswoman regarding the budget cuts solely directed to cardiologists come January 1st. It is self-explanatory. I am literally scared about my survival as well as the impact these changes will have on my patients and for healthcare in general.
In the next few days there will be a vote in Congress about this and the possibility of freezing the pay cuts to Cardiology. Though I don't know if you agree with me or if you even care I would deeply appreciate your help. If you can send a letter or even copy my letter and send it to your representative or to other cardiologists you know it will make a difference. Time is of the essence.”

Here are a couple additional related links from prior posts at the blog.

Is Your Cardiologist Now Going to be Your Hospitalist? Many Will Close Offices If Reductions Are Made

The formal complaint can be read here in pdf format.

The entire Press Release about the American College of Cardiology filing suit can be read here.

Below are a couple paragraphs with the highlights of the law suit.  I don’t believe as patients too we are going to be best served by any means here if the budget cuts go through.  BD

“The complaint alleges that the number of PPIS responses used to determine the PFS Rule was too small to be representative and that the survey results were not in compliance with the federal regulations which govern precision standards, transparency and review. The complaint also alleges that the consultant group hired by HHS to analyze comments on the proposed rule noted to HHS that the PPIS data used to determine the PFS cuts were counter to all other widely recognized cost measures. According to the complaint, the consultant group concluded that supplemental survey data provided by specialty physician groups, such as the ACC, was more representative of the true cardiology practice than the PPIS data used to determine the PFS Rule.

According to ACC data, the reimbursement cut will result in three-fourths of the nation's private cardiovascular practices cutting services and eliminating thousands of current staff. There has already been a mass migration of cardiologists from private community practice to direct employment by hospitals, increasing costs and threatening access for millions of patients. As a result of their data, ACC concludes that with fewer cardiology practices and reduced staff, a majority of patients will have no choice but to go to the hospital-based setting to receive routine medical services in addition to critical life saving care.

"These cuts will devastate patient access to care," said Alfred A. Bove, M.D., president of the ACC. "Already practices are closing their doors and their patients have nowhere to turn. Hospitals do not have the capacity or the specialized ability to absorb the influx of patients. Tests will be delayed, diseases will worsen and patients will become sicker and sicker. Many patients, especially those living in rural settings and urban centers will lose their access to critical cardiac care."

In November, after the cuts were announced, the ACC launched the Campaign for Patient Access, a nation-wide grassroots campaign to raise awareness of the issue. Last week, Rep. Charlie Gonzalez (D-TX) introduced a bill with 55 bipartisan original co-sponsors to freeze cuts at the 2009 reimbursement levels. Senator Bill Nelson (D-FL) is currently leading a sign-on letter regarding the cuts in the Senate.” 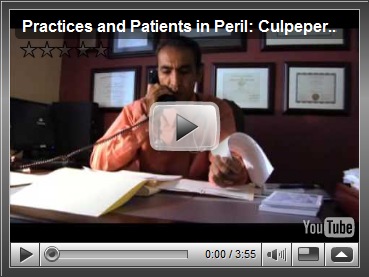 Heart specialists on Monday filed suit against Secretary of Health and Human Services Kathleen Sebelius in an effort to stave off steep Medicare fee cuts for routine office-based procedures such as nuclear stress tests and echocardiograms.

The lawsuit, filed in U.S. District Court for the Southern District of Florida, charges that the government's planned cutbacks will deal a major blow to medical care in the USA, forcing thousands of cardiologists to shutter their offices, sell diagnostic equipment and work for hospitals, which charge more for the same procedures.

What they've done is basically killed the private practice of cardiology," says Jack Lewin, CEO of the American College of Cardiology (ACC), which represents 90% of the roughly 40,000 heart specialists in the USA.