This is a good summary on how profits and prescriptions are handled through Pharmacy Benefit Managers.  There’s a big chunk of profit to be had 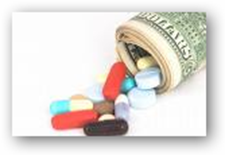 according to this article from every prescription filled.  As it started out years ago the plan was successful, but like everything else things have evolved.  Many companies are now dealing direct and for us as a consumer we have lots of options for the $4.00 30 day generic drug at Target and many other places.  I have links on the blog for this too.

When you look at the numbers below the PBMs in the case cited are making more money from generics than brand names, and those are of course bought in bulk with contracts.  It appears to be costing the government a lot of money.  It is interesting in healthcare today with transparency on everyone’s mind how all the “middle men” are being exposed as profit centers, getting a cut of the action, insurance areas too.

According to this article in 2006 campaign contributions were one of the reasons they became so embedded to the large extent they have today.  They are just the managers, again with software and business intelligence running algorithms to cut out and figure how to make a dollar.

One more time, it’s all about those algorithms that create the complex marketing and payment system to get the drugs from point A to point B, the patient.  If you are a regular reader here, you are soon discovering how powerful these business intelligence formulas are, they are running everything and it’s how companies develop their business models.  Ask any investor on Wall Street today, it’s all about the “algos” as they call them.  The rebates, compensation, etc. are contained and computed in the algorithms and carve out profits for 3rd party participation with software, pills generating bills.  BD

The most trusted professionals in America are pharmacists, according to national polls over the past 20 years. So why has Congress not asked them for input on health care reform? In fact, pharmacists can help eliminate huge costs with three easy steps.

Two developments turned this once-good idea into the most wasteful part of the drug delivery system. First, PBAs used their unique positions in the 1990s to exert leverage over drug manufacturers and retailers and expanded to become pharmacy benefit managers. They charged manufacturers for the right to list their drugs on an insurer¹s formulary and dictated prices that insurers would pay pharmacies to dispense them. They then paid pharmacies less for drugs than the actual cost pharmacies paid to acquire them, and pocketed the 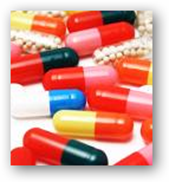 Second, the PBMs used Congress in 2006 to expand their new model on a massive scale. In return for campaign contributions and a promise of big savings, Congress made PBMs the centerpiece of the new Medicare drug program. As a result, PBMs now take a cut of virtually every prescription paid for by taxpayers.

What does this mean for taxpayers? They are getting ripped off. A PBM owned by UnitedHealthcare recently made this clear when it shared industry data with labor unions in New York. According to the company, PBMs keep $7 to $9 in profit on average for every brand prescription filled and $22 to $28 for every generic prescription filled. This compares to the average retail pharmacy fee of $1 to $2 to fill a prescription. Keep in mind that PBMs never handle the prescriptions or even take possession of the medications. Also keep in mind that the details on these transactions are never shared with customers ‹ even if the customer is the U.S. government.

How big is the problem? Before Congress created the Medicare drug program, the government paid for 24 percent of all U.S. drug purchases.

Today, the government pays for 36 percent, or 1.3 billion prescriptions, and PBMs are in the middle of every sale.

Private employers have already figured this out. Nearly 60 large employers that collectively spend $4.9 billion for prescription drugs have recently either dropped their PBMs or forced them to disclose their drug acquisition costs. The University of Michigan started the trend in 2005 and reported that it saved $2.5 million annually when it dropped its PBM in favor of direct purchases.

The committee also concluded that the ³federal employee plans pay substantially more for drugs than other agency programs,² and that ³Costco and Drugstore.com offer better prices for drugs ... in spite of the fact that the federal program has the buying power of 8 million members.

U.S. prescription drug costs could be reduced by up to $75 billion every year, simply by making sure consumers are not locked into the PBM model, which pushes expensive brands that provide them with larger rebates.

In addition, the Federal Trade Commission should take an interest in the secret underpayments by PBMs to pharmacies that compete with them, even while Medicare and other government programs force the pharmacies to obtain their reimbursements from the PBMs.

The most recent survey that placed pharmacists at the top of the most trusted professions in America placed HMO administrators at the bottom. Guess which profession includes PBMs?