The price for his procedure included surgery, doctors' fees, hospital fees, airfare, local transportation and local accommodations. He did have to take some time to prepare and have testing done here in the US before making his trip.  He states he had been on pain medication for over 6 years for the shoulder pain and it was time to have the surgery done.   Back in July of 2008 I wrote about New Zealand seeking out medical tourists.  His procedure was performed at Ascot Hospital in 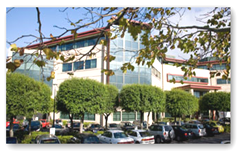 Occasionally I correspond with a physician/developer in New Zealand and we talked about the tourism movement about a year ago and at the time he was not really aware of what was being done from that end.  It was funny as I asked about the hospital advertised in the information I had, and he said he was born at that particular hospital, but added that one thing that US citizens would have to adjust to is the fact that there is no legal system like we have here, in other words if errors are made they are corrected, but court cases as we have here are pretty much non existent in their country.  I found out quite a bit about medical tourism at the World wide conference held earlier this year in Los Angeles and you can read here about what I published on the blog.

The man who had the surgery spent 3 weeks in New Zealand and had a tour to boot.  He stated he felt ok with New Zealand as it is an English speaking country and that had a big influence on his choice.  In the article he states that he found out he was too young to qualify for Medicare of course and thought this had something to do with the surgeons here telling him he was too young for the surgery.  The article says the cost here would be between $80-130k and his cost as mentioned in 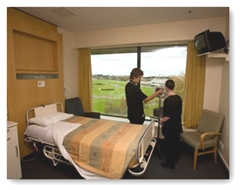 the title was 1/6, which included not only the surgery but all the other travel related fees.  The cost to him was important as he is self insured as the owner of a local business in Arizona and he had been told that due to 2 past surgeries the insurance company would cover nothing more on his shoulder and he wanted to get off the pain medication.  His first surgery was not done correctly and a bone chip had been left, thus a second to remove and correct and he still had problems.  BD

COTTONWOOD - Ben Wordinger of Cottonwood recently traveled to New Zealand for a shoulder replacement. While  he and his wife, Susanne, were there, they combined some sightseeing with Ben's recovery.
Ben had been suffering with serious shoulder pain for years. Now 51, Ben's shoulder problems started when he was 14 and active in gymnastics. He said that injury had healed, and he played sports all through high school and college.
As an athlete, and with Ben's career as an engineer in the military side of the aero-space industry, he had physical examinations throughout much of his life.