This was just too good to pass up here.  The writer, Martha Rosenberg did a great job with a touch of humor, and I think said some things that could probably be on 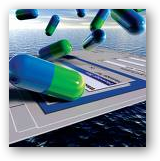 the back our minds as well.  Don’t sell those pens on eBay.

Now the question is, will they take and follow these resolutions (grin).  BD

1. Our reps will wait their turn in medical offices and refrain from waltzing in front of ailing patients because they think their time is more valuable. They will NOT get their own room in medical offices with laptop stations, ice water, and swivel chairs or chatter about the stress of sales quotas on their cells in the waiting room. Female reps will not "sell" with cleavage and spike heels. Male reps will not high five each other or call the doctor "dude." Reps who sold drugs that were later withdrawn will be banished.


2. In addition to admitting to the Justice Department that we mismarketed Seroquel, Zyprexa, Risperdal, and Geodon and looted Medicaid budgets, we will cease selling the actual drugs. We admit that even though forgiveness is cheaper than permission for us, it isn't for the millions of children, poor and institutionalized people who develop lifelong diabetes and metabolic disorders from the drugs.


3. We will stop upgrading anxiety to depression, depression to bipolar disorder and bipolar disorder to "treatment resistant depression" to sell drugs. We will admit that studies are beginning to show that the reason depression is sometimes treatment resistant is because it wasn't depression to begin with but consumer advertising. We will admit our cocktails of depression/bipolar/mood brightener/mood stabilizer drugs occlude the fact that none work individually, raise insurance rates, and create withdrawal symptoms in patients who might have been fine before.


4. We will admit hormone therapy increases the risk of breast cancer by 26 percent, heart attacks by 29 percent, stroke by 41 percent and doubles the risk of blood clots and dementia. We will further admit hormone therapy is associated with lung, ovarian, endometrial and gall bladder cancer, malignant melanoma, asthma, lupus, scleroderma, non-Hodgkin's lymphoma, urinary incontinence, and hearing loss -- and the only researchers promoting it are

making money off it.


5. We will stop trying to replace the hormone market with a thinning bones market through an osteoporosis scare campaign and admit that we made up the term "osteopenia" at the same time we planted bone density measuring machines in medical offices. Nor will we keep recommending seizure drugs for fibromyalgia pain women don't know they have yet to make up for shrinking hormone and antidepressant markets.


6. We will stop replacing $600 a month blockbuster drugs insurers no longer wave through with vaccines and biologics no one wants or needs. We will give up the attempt to vaccinate boys with Gardasil when it didn't even work with girls or ship it to poor countries plagued with HIV, malaria, or dengue fever. We will stop selling biologics such as Humira that cause cancer and infections such as TB to perfectly healthy college kids with Crohn's disease scare campaigns.


7. We will buy every child under 12 in America a bicycle or skateboard as reparations for our reign of terror treating them for depression, bipolar disorder, ADD, ADHD, mixed manias, oppositional and conduct disorders, sleep and mood disorders, schizophrenia, agitation, anxiety and other "psychopathologies" they may not have even had. 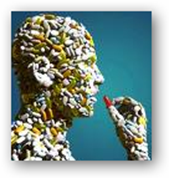 8. Instead of storming Capitol Hill when the government threatens to cut off our livestock antibiotics gravy train, we promise to develop safe antibiotics for people. And speaking of safe, we will renounce the hormones, growth enhancers and pesticides we dump on factory farms that sicken the animals, environment, farm workers, and food consumers.


9. We will stop insulting the public's intelligence by claiming that everyone including people without high cholesterol should take Crestor because we want to sell statins. We will stop implying Vytorin works just because some have forgotten we sat on studies that show it doesn't work in a multi-year con.


10. We will stop rolling out celebrities such as Sally Field and Brooke Shields to hawk drugs and acknowledge the celebrity drug spokesmen the public remember most are Michael Jackson and Anna Nicole Smith.

Martha Rosenberg is a Chicago-based cartoonist and freelance writer.