This is from the Los Angeles Times, and I don’t think I could put it any better.  Thanks Joe, all I wanted for Christmas was a Public Health Plan Option.

With transparency today, it’s not hard to track back and see how politicians change with the direction of the wind.  We really need some folks in office who can have some intelligent conversations and drop some of the rhetoric that has occurred with reform.  I have never seen such a big side show in my life and when you stop and think and observe the “distraction” levels we see today, it leaves the country wide open for those who may not have our best interests at heart.  In other words the capitalize on the fact that everyone is so distracted and can’t agree to start looking at our vulnerabilities.  This is about all I have seen for the last series of months, a Congress that is so out of touch.  Look at how long this project is slated to take, talk about dragging one’s feet.

The US had always been a leader and helped show the way for others, but of late it appears we have seemed to drop that focus to fall to the levels of distraction and focus on providing the world the best “side show” on midway of legislation.  Times and the world have changed, but unfortunately we have lawmakers who have not, and again so much of this is due to the lack of participation in their own healthcare, they just don’t get it.  Who’s running things today, the ones who have the funds, largely derived from accelerated use of technology who also live on the midway, but provide an entirely differently orchestrated show that is there to make money only.  BD 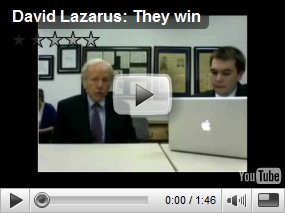