Ok, here’s one more good reason not to rely on paper charts!  Also, it looks like Metro didn’t have enough insurance coverage in the till to pay for the 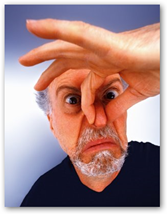 cleaning and scanning of the records either.  This sounds like maybe one of those “sewage savings accounts”? (grin)  I didn’t see any mention of perhaps an insurance company, who benefits from all the health information donating to the clean up.

The good news is that the records have all been cleaned and scanned and can now be accessed.   The crap from the Metro administrative office contaminated the files literally.  I’ll bet the individuals in charge of this clean up were not terribly impressed with the job.

So far only $98,000 of the over $300,000 bill has been paid and Metro is looking for more money.  As I understand too the stinky records need to be kept for 7 years even after scanning.  No mention as to how stinky the records are after a thorough cleaning process.  BD

Metro's bad luck this year has taken an unusual new twist: The transit agency could be stuck with a more than $246,000 bill for sewage-covered medical records.

The problem occurred last December when sewage leaked into the agency's leased medical offices on H Street NW, according to a Metro report. Employee records were "damaged."

Metro had all the tainted files specially vacuumed, cleaned and treated so employees could continue to access the records. Federal transportation rules require that workers' testing and exam results must be available at any time, according to Metro. The documents also are being scanned electronically so the damaged documents can be destroyed eventually.