Well let’s take the budget and pad it by about 50% and we might be talking here.  Ask any hospital CEO that has to budget, they are used to including things that don’t exist today but might show up tomorrow.

I went to a grand opening yesterday of a Children’s hospital in Long Beach, which was great and will be posted here soon with the details and information but before this I had a private tour from the CFO.  He’s a very smart hospital CFO I might say too.  When walking through the new facility before it opened we talked about the planning stages that occurred.  He was very open and honest about all of it.  They had a lot of work to do here starting with tearing down an old parking structure, cleaning soil, and then the fun really started. 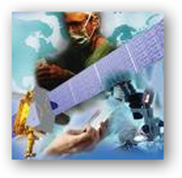 The project took close to 5 years, so now for a moment think back to where technology was five years ago compared to now.  Unless you have been living under a rock you know it is phenomenal.  The CFO could not begin to tell me how many times the plans for this building evolved and changed, it was work in progress all the way.  They had a plan to go one direction and then within the next few days a new technology appeared on the market and when they analyzed the product, service, etc. they made the determination that it needed to be included, and guess what, cost went up.

So this brings about a good point, are we flexible and smart enough to understand this or are we trying to assign fixed values on an item that is constantly evolving?  You can’t put a fixed cost on all of this, especially if you are not aware of new technologies that are going to have impact, many that will save lives, just as went on with the building of this children’s hospital.  It sounds like we still have way too many living in the 70s around this country.

You want to run algorithms and cut and deny care, well that can cut costs in one area, but it creates problems in other areas and pits everyone against each other with meaningless judgment and creates bad will.  Why do you think we all hate the insurance companies, because the pendulum has swung too far with ethics going in the toilet for profit.  There’s a lot of room for improvement and cost savings with technology but there’s no big hatchet that fixes this.

I have watched this process evolve for years and 2 years ago I said within 1-2 years we would be close to having riots in the US over healthcare, and I think we are pretty much right there.  When you deal with data, coding, aggregation and have some hands on with all of this, it’s not that hard to see and project where things are going and I’m not alone here by any means, there’s others who see this too, but maybe they are not as vocal.

All of this talk tires and bores me at times as we have people making decisions that don’t have the knowledge I quoted above at the helm and thus we have a mess.  Between the 2, one being tech savvy and the other being the folks living in the 70s, the cultures collide.

Healthcare for all will never get better with judgment being passed on you for every move you make with constant criticism and I hear that all the time with the “Shell Answer Men” that think they know it all, but again they are talking solutions from the 70s, or in defensive mode, just flat out verbally attack you and put you down when you discuss a tech solution.

What I saw at that hospital was far from all of this.  I saw smart people, collaborating and realizing the need to be flexible and understood and expected the fact that almost daily change were going to occur, a rarity compared to what I see and read with all the rhetoric in the news with another OMG store about “he said” “she said” and attacks on one another.  Heck that is all a hear about Congress, one attacking the other and threatening to filibuster (like a child’s tantrum of sorts) and so on.

What we again need is education and role models and the above remarks of tantrums and outburst are certainly not getting us there in a hurry and as a citizen it’s disappointing to see grown adults behave this way and everyone think they are the great white hope versus collaborating.  There’s way to much information to keep track of today without the use of technology, I laugh when I hear those disputing electronic records as again they live in the 70s when we had maybe 1/3 or 1/2 of the treatments, drugs and diagnosis’s we have today.  What fool thinks they can manage such a large inflow of information in their heads or on paper.  We do have fix the systems though and make them work right, but those in the 70s can’t seem to swallow that.

So again, I guess life goes on watching the side show with everyone not collaborating and picking on each other, trying to find reasons to deny care and what we all know as human compassion.  We are all earning less these days and that snowball runs downhill so those who have not been affected eventually will be at some point.

The budget though with the current approach is a media side show with a frustrated group of citizens just being able to stand by and listen to the emotions and politics that erode and just can’t get the job done.  Just fund it and be done with it so we can move on.  BD

With all the fanfare about a potential political compromise on health overhaul that could let people ages 55 to 64 buy Medicare as their health coverage, you might be surprised to learn the idea has been kicking around for quite a while.