What a story and find by all means.  The fact that it went on for so long and how all were duped too is amazing.  He had his own little shell company 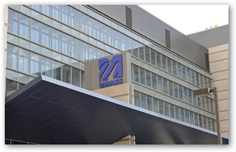 going where the checks went, “Massachusetts Estate Recovery Systems” so it sounds like even though his life was cut short over drinking and driving that he won’t have to worry about any jail time and left the world a happy camper.  If you read his obituary, it sounds like we was just outstanding public employee and citizen.

“Because many of the check writers abbreviated the name of Villani’s office to “Massachusetts Estate Recovery,” Villani did not have to alter the front of the check in order to deposit the money into his fraudulent account, investigators found.”

Everyone in the office said he was a special likeable guy.  I will say one thing, cross training of employees is a good thing and maybe a person who had been cross trained here could have seen it, but this is after the fact.   The article says on supervisor has been fired over this and the medical school has brought in an outside firm to audit.  You even have to watch what kind of firm you call in for that as in the financial world, there’s the big 4 that set up tax shelter and a very good documentary on how that works, so no Price Waterhouse, Deloitte or a few others here perhaps to dig in .

Anyway he knew how to change the data in the computers as well..BD

He was a $46,000-a-year financial analyst in an obscure office of the University of Massachusetts Medical School who somehow managed to drive a Porsche, collect Salvador Dali paintings, and build a palatial home for himself. When people asked about his sudden, showy affluence, Leo Villani would explain that he had inherited money.

But it turns out that Villani came into his wealth quite another way: He stole it, quietly siphoning off nearly $3.4 million from payments intended for the state Medicaid insurance program over the past five years, an internal investigation has found. It may be the biggest theft by a state employee in more than a decade.

Officials at the Worcester medical school discovered the alleged scam only after Villani died in a one-vehicle accident in late December and a review of his work found discrepancies in the account where he was supposed to deposit checks for the Medicaid program, called MassHealth. They eventually learned that Villani had set up a dummy corporation to which he had been diverting state funds for years.

So far, one Commonwealth Medicine supervisor has been dismissed while several other workers have been disciplined, and the medical school has called in an outside auditor to figure out what went wrong. Not since employees of former state treasurer Joe Malone allegedly stole $9.4 million in the 1990s has there been such a large alleged theft of public resources by state employees.

But one employee also said that Villani was acutely aware that others at Commonwealth Medicine, essentially a consulting business within the medical school, were taking home large salaries — the chief executive earned $590,320 in 2012. This employee said Villani once referred to top people in his office as “poverty pimps,” profiting from acting as the statewide collection agent for MassHealth.