Home » My Commentaries » Other Items of Interest » Technology » Web Services Allow Small Companies to Sync Data Via Web Services Without Writing Code Between Applications, Used As An Internal Tool for Increased Productivity and Secondly Businesses Will Use To Create Additional Data For Sale

Web Services Allow Small Companies to Sync Data Via Web Services Without Writing Code Between Applications, Used As An Internal Tool for Increased Productivity and Secondly Businesses Will Use To Create Additional Data For Sale

There’s a ton of applications listed here and this company allows the updating and sharing of data as the article explains and you can watch the video to see how this works as it’s building data base information.  The next choice is up to the user to focus on their internal applications they use or the other side is to build more data bases for sale.  It doesn’t take a brain surgeon to figure that one out with the epidemic of data selling we have out there today.  It’s the same as using a spreadsheet if you will, and you can do anything you want if you will with a focus.  Spreadsheets are pretty much miniature versions of a data base if you will that have code that does things.  I used to do that all the time, put some visual basic modules in a spreadsheet and then you end up with one that really cooks and does stuff.

The example company here is called Zapier and the video shows an overall picture of how this works.

The next video shows how to connect Survey Monkey to Google Spreadsheets.  Bingo then you have all the information organized to put out one of those “surveys” on the web, and I grow really tired of those as we have too many out there as everyone wants to be the survey master:)  Surveys annoy me as it’s the old “team building” effect to sell something or move enough people to your way of thinking and the crowd surveyed a lot of the time may not contain the right demographics for the content but if you get enough people reading them over and over, then folks come to the conclusion “well get it must be right”.  Scroll down to my footer and watch the first video, “Context is Everything” to get some insight on that one, warning though you may never participate in another survey once you do:)

Again when used internally the tool can be helpful and there’s the small free account and then you pay when your data hunger increases.  There’s another video here that shows how to take Google glass data and follow the same path. 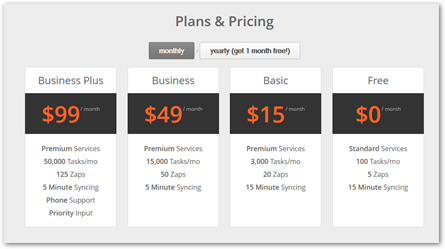 You go through and set your “triggers” to automate the processes.  Sharing documents has been around for a long time as well as pictures and this automates the process.  Watching the Evernote Synch is interesting.  Again I can see both sides with production internally but there’s that other side and why we really need to license and excise tax the data sellers as you can pretty much be assured the brains on making money with creating data for sale are also tuning in here as well. 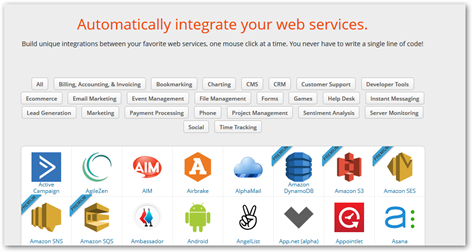 I’m not a spoil sport but again being a hybrid I look at both sides as to what the data folks will do to increase production and second how a marketing person will want to sell some of what they integrate.  Putting your Evernote content into Gmail, a good thing but the example with the survey up above shows the other side and again why we need to license and tax the data sellers as here’s yet one more tool that can be used.  I can already see the insurance business jumping in on this one with all the survey and data they put out to market for profit as they always do.  BD

Kevin Lavelle uses this method at Mizzen+Main, his men's apparel company in Dallas: When a customer makes a purchase at his online store, the information flows from the store's host, Shopify, to PayPal, which collects payments, and Stitch Labs, which monitors inventory. Then it's processed by Xero, which tracks the store's finances.For years, many small firms have been leaning on low-cost online programs to handle jobs like inventory, accounting and payment processing. But those services came with a big caveat: They couldn't share information with each other. So, if your order system rang up a sale, you had to record it manually in your inventory system.

Now small companies are finding simpler ways to swap their data. They're using new programming tricks and low-cost third-party services that let them link up online software with minimal fuss. "For some of these companies, that amount of savings in time and money is substantial," says Ross Beyeler, founder of Growth Spark, a technology-consulting firm in Cambridge, Mass. "It's more than substantial. It's the deciding factor that allows them to start up."

For business owners who don't want to tinker with codes, there are third-party programs—such as Zapier and If This Then That—that automatically link up applications. Zak Tanjeloff uses Zapier at his New York-based workout-supplement company, JackedPack. When he gets an order, Zapier sends the customer's data from an e-commerce program to another service that sorts the customers onto specialized mailing lists to keep them abreast of new products and promotions.

Monday, September 30, 2013
My Commentaries , Other Items of Interest , Technology