Home » Medically Related » My Commentaries » Technology » FTC Accuses Medical Lab Of Not Adequately Protecting Data-Lab Says Data Was Stolen–Why Is Data Stolen, To Sell, Duh! A Real Connection to the “Data Selling Epidemic” in the US

FTC Accuses Medical Lab Of Not Adequately Protecting Data-Lab Says Data Was Stolen–Why Is Data Stolen, To Sell, Duh! A Real Connection to the “Data Selling Epidemic” in the US

It does not take a brain surgeon to figure out why people steal data, to sell it, duh!  Now we have the FTC accusing this company of not adequately protecting patient data; however, the owner says it was stolen.  Duh again for the digital literacy of the FTC?  Data for 9000 consumers was put at risk.  This is the statement I keyed in on here…the owner says it 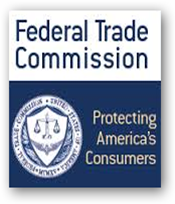 was stolen so more information is needed to know if the cyber security firm was in fact looking for a list or data base of people to market for something else maybe.

“He claims on his personal website that the document was stolen by a cybersecurity firm trying to sell LabMD services.”

Ok once again, data breaches…they steal because they want to sell the data or solicit the folks in the data for something else..duh!  What does it take to miss this correlation?

I keep my campaign going for a law to require all data sellers to be licensed so if a law of such were in place and the data was stolen, law enforcement has a to leg to stand on, “stealing data to sell without a license”…and of course it would need to be proven which comes with investigating any case as such.

Again, how can the FTC document this?  I guess we have to wait for more information to come out.  IT infrastructure runs everything today, no matter what business you are in and the FTC has done nothing so far to allow for any kind of regulation with the data selling epidemic we have in the US and I am not sure if this is yet another case of trying to find “low tech partial band aid solutions” for high tech problems?  In the financial areas, we have Glass Steagall as a prime example of a partial low tech solution for high tech intelligence problems, so it’s all over.

I don’t know how many quants the FTC may have on the payroll but I hope they have some and maybe even entertain hiring a few from private industry that could catch them up on the power of modeling and how some use math models for profit and hide risk.  FTC is there to protect consumers so how about jumping up to the plate maybe?

The only lame effort we have seen is this “Reclaim your data thing” which puts more efforts on the backs of consumers again to have to “fix” and on their own dime all the flaws out there with data selling, while those selling it have made billions selling the data, no accountability.  It’s a consumer dump once again with no protection and a low tech band aid with few teeth to it.  I was not the only one who wrote about it, others in security attacked it as well all over the web.  That’s the problem today with too may lawyers running government departments, they are out of touch and to have some dynamic technologists running government departments would be a huge help.

Lawyers are basically “reactive” and they do research and that is what their job is for a lot of after the fact incidents but they can’t see the battle ahead with technology so again this makes yet one more case for having a technologist at the top of the helm, backed up of course with all the lawyers one would need to ensure that in identifying high tech problems, that they are pursued properly too.

So again in this case, let’s see where the additional information comes from and find out what happened here and if we have some weak areas with digital literacy here at the FTC.  I’m not picking on the agency, just stating the mechanics as they are and how they get interpreted.

We don’t have enough folks trained out there today to work with “flawed data” for sure and way too many are still thinking everything that shows up in the news and on computer screens has value or is accurate.

There’s a group of videos I collected that explains this phenomena and I call it “Algo Duping” and have had a lot of good comments here as the folks in the videos are smarter than me and take time to explain how this occurs and how you get duped.  Thanks much for the many readers I see that are taking time to educate themselves by watching the videos for a greater awareness of how this is functioning out there today, it’s not the same old world and combined in many areas this leads to “inequality by modeling with segmentation”.

So stay tuned here as this story evolves and I’m glad if in fact the data was stolen and the lab was taking the proper security precautions that they are making a case of this as someone needs to wake up the FTC when it comes to privacy and consumer protection. This is important more so today than ever because what we all worry about is data being used “out of context” against us and there’s plenty of history on that with health insurers that has been in the news over the years on their segmentation efforts.  BD

The Federal Trade Commission is accusing a small Atlanta-based medical lab that specializes in cancer detection of not doing enough to protect its patients' online records.

The federal regulators filed a formal complaint Thursday against LabMD alleging that the company's lax security controls led to a billing sheet being leaked to a public file-sharing network. The billing sheet contained the personal data on more than 9,000 consumers. The FTC says California police later discovered that identity thieves had acquired personal data from at least 500 LabMD consumers.

Reached by phone on Thursday, LabMD founder Michael Daugherty said he objects to the allegations and plans to release a full statement soon. He claims on his personal website that the document was stolen by a cybersecurity firm trying to sell LabMD services.