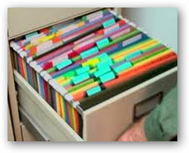 as the patient so if needed there is some place to go to reference the information if needed and there are good reason for some of this to take place.  Court cases for one, couples getting divorces for another again all kinds of reasons but the doctors with good relations with their patients do this and again it’s not a ton of records but usually something the patient has a good reason to NOT want the insurance company to see it.

It may not even be health related but rather payer related when changes are taking place with a divorce, changing carriers, etc.  Mostly, that’s what cases like this are with the separate paper charts to protect the patient from the insurer as more than likely the understanding is that the payer will take it “out of context” to conform to “their” context and there will be some monetary penalty.

Now this even gets better as the patient can ask to have records not sent to an insurance company that are billed to payers.  There are audits to where the IPAs or HMOs come and audit physicians and ask for particular records, happens all the time.   They are checking up on the doctor to make sure women are getting their mammograms and other related preventive care along with some other specific charts.

I have watched some of these and one was so bad as there were 5 women the audit had earmarked for normal routine mammograms, and 3 of them were dead for a number of years, one was no longer in the HMO and had moved on 4-5 years ago and one was a child of 5 to where the age in the chart was wrong:)  That’s how bad the records are sometimes.  Two of the 3 dead former patients were also on the previous audit a year prior and the doctor’s office told them back then they were deceased but they showed up again for audit.

Everything is connected today so the doctor when confronted raised holy hell on his P4P numbers as obviously the IPA/HMO had used “their” context and already reduced his P4P  to zero and was recommending actions to reprimand the doctor about keeping better records…it was a blast to watch..and I’m sure not an isolated case and this is exactly why doctors hate pay for performance criteria as it is very often flawed.

So now a patient tells the doctor  “don’t share that record with my insurance company” and they abide, but one problem, how do they do it?  Insurer is going to get a claim for it and with the integrated systems we have to day, they get it via the electronic medical records.  Now to submit a claim on something beyond a standard office visit a review of systems, HPI or some other documentation will be needed to get the claim paid.  It still happens but many doctors who don’t have the capability to electronically document still use the 99213 to get paid faster and keep their cash flow moving in other words they take a lesser payment.

So the answer here is if that one visit is meant to be private the only way to stay out of the red tape and keep it private is the “little drawer of paper charts”.  Another option is to get the doctor to lie their ass off, but probably not the bottom of the barrel for a choice by all means.  Although that went on for years with doctors doing a well woman exam before insurers started covering it and the doctor would write down something a yeast infection for the purpose of the visit.

As was illustrated in the movie “Sicko” though one woman got rejected on her claim as she failed to report a “yeast infection” from 15 years prior that she didn’t remember, and some of that stuff creeps up in analytics as again at that point you are looking at the “insurer’s context” not yours and numbers show via claims there was one documented.

See how this all works with “context”?  Doctors using electronic systems don’t know how they are going to do this and keep a visit out of the files of the insurers, but wait this is a money making opportunity now for the software people as some new algorithms are going have to be written to accommodate this, but still

the connection with an insurer having a claim and no medical record reference is going to be a problem as it will drive the payers nuts!

So the next question we ask is “how well were the new HIPAA laws modeled”?  Didn’t anyone model this and see this issue coming up?  Obviously not.  This is where modeling comes in handy to see the unintended consequences up front.  This is where the government as one example gets stuck behind the insurer’s 8 ball all the time as in much more complex situations they get the upper hand as they do just the opposite, model to the extreme.

If you are using a Retail Pharmacy as a patient and want the visit not sent, well you are just plumb out of luck on that account as all the data is tied together and one of their doctors or nurse practitioners would lose their job if they did that.  And what about the visit to where you paid the doctor cash for them to keep a “paper chart” in the drawer and they give you a prescription..darn…out of luck again as the pharmacies sell all your prescription records and the insurer will get wind of the prescription.  United Healthcare for one makes big money selling prescription data and I think they may have been the first to have started it but there’s also Milleman in that business too.

So now if your visit goes into the little drawer of paper charts at the doctor’s office, you need to find a small pharmacist that also keeps a little drawer of paper prescriptions that get held aside and not sold too, confusing is it not?  If as a patient wanting privacy you have forces like this at CVS to worry about too as they want to sell more data when you go there for your prescriptions.  Remember in all of this that your doctor works for you and the pharmacist works for the drug store, which in all of the talk about giving pharmacists more involvement, runs into issues as some of them are given pay for performance money by the store or by an insurance carrier, like these pharmacists at Walgreens that get bonus pay from United Healthcare. 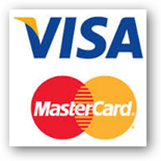 data bases they buy, they can get it from your Visa or MasterCard record.  They are using these data bases anyway, according to Blue Cross to see if are getting fat and buying clothes a size larger and who knows what else, I think that was a pretty lame reason to give for the insurers to be buying these records for sure.

So looks like we have yet another mess with laws that perhaps could have been modeled a little differently from the start.  This is where big systems like IBM Watson and others can get the data and model up front, something our Congress needs badly as well as all their laws come out like this too just about anymore.  Congress needs a bigger brain.

Again when it comes to running HHS we need a hybrid in there with “some” IT knowledge to recognize some of this as the person would have asked “let’s see the model and have you discovered any unintentional consequences up front and what are they”…are you getting the idea due to complexities today how important modeling is?

Health Insurers Not Too Worried About Obamacare–Consumers Spending Less, Bigger Subsidiary Profits Keeping Revenue Earnings Up Along With Earning More Profits Focusing On Managing Your Care Rather Than to Just “Insure”

We have a lot of text in the new HIPAA law but did anyone do a sufficient amount of modeling before this went to press?  Ok so when we want privacy us patients are going to be rocking the boat again as there’s no system to handle this, right:)

When you get done reading this post, scroll on down to the footer and view the first video which is titled “It’s all about context” and see what you learn..very well done and not boring at all.  BD

One particularly vexing provision requires providers to honor requests from patients to withhold sensitive records from insurance companies if the bills are paid out of pocket. Experts in the industry say modern electronic health-record systems make such data-segregation all but impossible, raising the possibility of mass noncompliance among thousands of hospitals and doctors offices when the rules go live Sept. 23.


“You may be able to stop a bill from going to a particular payer, but all the other pieces that we have put in place are so tightly wound together,” says Pamela McNutt, senior vice president and chief information officer for seven-hospital Methodist Health System, based in Dallas. “How are you going to stop an insurance company that wants to do a chart audit from seeing one visit that the patient wanted to mask?”

Now, healthcare providers must honor requests not to send records to insurance companies, but only in cases where the patient makes arrangements to pay for the service out of pocket. (Hospitals and doctors can still decline requests to withhold information from other entities, such as specialty doctors, regardless of how they're paid for.)