Home » Insurance » Medically Related » Technology » Wireless Device Data Competition Heats Up with Carriers–Data for Sale With Both Consumer Data as Well as Clinical Data, We Are Surrounded…And Sometimes Being Told to Butt Out..

Wireless Device Data Competition Heats Up with Carriers–Data for Sale With Both Consumer Data as Well as Clinical Data, We Are Surrounded…And Sometimes Being Told to Butt Out..

We all probably read the article about Penn State and the push for employees to use the WebMD portal with even trying to level a penalty against those who did not participate in the WebMD portal.  This comes back

around to data for sale.  WebMD kind of reorganized themselves a while back when revenue dropped from pharmaceutical companies.  You can see some of the efforts with focusing on health insurance information on the site to generate revenue in that aspect.

It’s not a secret that they sell data as they take searches done on the site and sell profiles to anyone wanting to purchase.  That’s been going on a long time and you see it on many sites today although they may not want this awareness to be real big as privacy enters the picture here.

In addition WebMD owns Medscape which is a collection of portals where you see a lot of articles written by doctors contributing as well as www.theheart.org.

The portal services focus on providing employers and health plans information and data can be scraped there as well and sold.  They do have a personal health record you can use and you will all the risk assessments, life style change information you want.  Providers can be chosen, you can compare health plans, etc.  The private portal solution is what Penn State is using with their agreement with WebMD so there’s data for sale here and thus the strong push.  The fewer that participate here, the less data to sell.

WebMD has also partnered with Qualcomm Life, a wireless platform that moves the information and you can see even a bigger focus on

the wireless devices and getting apps out to the consumer to use and again we have data for sale here.   When you use the services to get information they make money.  Prescribing apps are extremely “data rich” for sale as this has been one of the oldest “data sell” around with supplying information about doctors prescribing back to drug companies and with the proper HIPAA formats I’m assuming anyone now can have it.  I say HIPAA formats as prescribing data does not fall under HIPAA; however transmission, etc. of date may still touch on some of those areas as it gets entered in medical records with devices.

You have two different sides of the wireless world going on and one is the clinical information given to hospitals going to medical records and then you have full blown out consumer apps which are marketed like crazy.  This does make me wonder about the consumer devices and apps when they approach venture capitalists on data selling being part of their business plan and if so is this maybe why we see so much “easy” funding here?

Not just WebMD as the same thing went across my mind when looking at the mHealth focus of Intel and their partners and what they are doing as Intel funds a lot of this as well and has to ensure that chip factories still make a profit as well, even though mobile is only a portion of their business.

Competition For the Healthcare Heats Up and Intel Introduces Quark Chip For Mobile Devices And Continues With Software Acquisitions, Exploring the Design & Models of Data Consumption and Sales..

Red Brick Wellness made the news when it came out as it’s an off shoot of United Health care basically with a former executive from the company starting it and using Optum analytics for a lot of what they deliver with data, and then you can see how quickly WellPoint jumped in for a license.

When you look at agreements that the insurer United has with Mayo with scanning medical records for data and selling it we keep coming around back to data for sale, whether is is consumer data scraped from web portals or medical record data that is queried to give specific information on drug or device performance.  One thing for sure is we still have an eco system of the same players in here with insurers having a high profile as they even buy your Visa and Master card records to query with other data.  As a consumer I use Verizon and I’m already hit up with their advertising for consumer apps for tracking health data, so it’s all over the place.

Again this made sense to me with the Penn State issue as nobody wants to miss an opportunity here to sell data and make some money and it came out as a strong push smacking of big brother.  “If you consumers and patients don’t jump in here we are losing data and data profiles we can sell”…

Recently I posted about an e-Patient wanting his data and he received a big bill for asking and is this in some odd way sending a message out to tell patients to butt out of the data ecosystem of selling data?  It does make you wonder..If that’s the case then it’s going to be an uphill battle for patients as they are only going to get the data they want you to have…

to grow I’m sure there will be other things that hit the fan here and there as well.  WebMD sells licenses to use the private portal.  In addition some of the use of said portals could be in violation of some intellectual properties, patents.  This also stands to upset the data selling ecosystem as well as if licenses are needed then that’s less money to the bottom line.

MyMedicalRecords.Com Adds WebMD To Their Patent Infringement List While Some Entities Have Proceeded With Signing License Agreements

We already know apps and devices like Fitbit and Jawbone sell data and it’s strange but back in 2009 I made a few posts about the Wellness folks teaming up in these areas to sell data, just what I saw as a “prediction” if you will just by following the money and data trails.  Again one doe have to wonder when you see VC kicking out funding money so easily to apps and devices as such, is data selling revenue part of the plan as they want a return on their money too.

It is starting to really heat up on the battle for the data and sales there of.  Even other software companies like SAP put out a proposal to Verizon that they want to query and mine their data for sale and split the extra money with them.

The end results for consumers at times is finding all types of their data scattered all over the web, health and other information.  We all probably remember the Fitbit issue to where profile of people finding sex habits using Fitbit with just a simple Google search and another patient who “hacked” Fitbit to get all his data as again they provide what they want you to have and you don’t know how much data they really have as a whole.

Data Floating Around the Web and You Don’t Know How It Got There? Time to License and Excise Tax Data Sellers–Identify “Flawed Data” Epidemic At The Root of the Problem

Sure there’s value to the data collected with information but again we don’t know what companies are doing with all of the data and how they sell it but we do know it’s very profitable…Walgreens sucks in about a cool billion a year for their data sales. 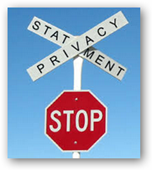 statements and don’t want to mess with what another lawyer wrote either..here’s a good example..the lawyer wanting a judge to release him from his client.  We could see more of this as privacy is challenged as the data selling epidemic continues to grow.  It’s getting harder to show value at times with marketing on some of this as consumer grow wiser on the topic, mostly due to abuses and breaches.

So when you see these “strong arm” approaches with consumers to participate, you can pretty much figure out it means to someone along the data selling ecosystem.  Just follow the money.  It’s kind of sad that it ended up this way from what began as simply providing targeted ads on sites, and that part was not bad, but boy have things involved since many found out “there’s a ton of money available out there with flipping algorithms”..and who cares about the consumer.

I just tell all to be cautious by all means and if you don’t understand some of the privacy statements, well they could be that way by design and that’s been in the news multiple times as well.

Do you see why complexity grows…it means profits..big ones to design system that are there to help consumers but also have a back side.  This brings me back around to Algo Duping again and the 4 videos I have in the footer can get you started if you want to hear from some experts smarter than me that convey the same message across many verticals.  You might find some answers there when you as a consumer are told to “butt out” when you want your data…don’t interfere with the data selling ecosystems…BD