I ran across this article this morning that gives a little additional information on the case as reported by the Nashville Scene.

This should be an interesting case.  Software is software and how it is used is something else.  I don’t they are faulting the software here but rather how it was used by the staff and billing.  The University claims the 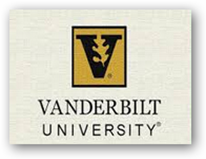 accusations are not true and when doing an investigation and coming in and looking at data of course we have the raw numbers to look at but we don’t have the actual scenarios to see when it all occurred and thus the perception of the auditors is going to be right on the dollars, where it should be.

It states the documentation showed the doctors being in two places at once but as the University says it’s not unusual for surgeons to schedule multiple locations throughout the day either.  I’m not sure on the portion here that claims services were “medically directed” as why would they be performing them if not needed?  This is some billing mumbo jumbo language I’m not familiar with.  I remembered covering their Sepsis software program they built with Microsoft technologies back a few years ago that got a lot of good attention.

I could see some legitimate errors when it all gets to billing, everyone has that issue but I would guess patterns may have been what brought this to the forefront but CMS is so messed up anyway on a lot of their models in recent news as well.  They gave insurance companies too much money here.

There’s no dollar amounts or numbers of claims to talk about yet so I guess there’s more to come so I’m guessing it’s a sizable amount in question, otherwise why bother.  During this past summer the medical center announced layoffs of over 1000 employees by the end of the year due to budget concerns and some have taken early retirement.  BD

One such stipulation is that an “attending physician” must attend surgeries, or at least key parts of them. According to the lawsuit, Vanderbilt double-booked attending physicians, making it impossible to meet Medicare billing standards, but VUMC billed state and federal insurers as if it had complied with regulations.

“As Vanderbilt is aware, many surgeons’ routine practice is to simultaneously schedule multiple surgeries in multiple locations throughout the day,” the lawsuit says. It continues to say that in the case of anesthesia services, for instance, Vanderbilt practically never complied with the steps to adequately classify its services as “medically directed,” yet reported them as such.

According to the lawsuit, the university encouraged physicians to refrain from making hand-written notes if they were unable to cover certain surgeries. The lawsuit includes an email sent out in late 2004 that said, among other things, “Please do not make annotations in the record about how many rooms you are currently covering; it only confuses and complicates the billing and documentation process.”

The suit states: “Vanderbilt’s Anesthesia Department, including specifically Drs. Michael Higgins and Jeffrey Balser, ‘collaborated in the engineering, design and development of a ... comprehensive electronic payment information system specialized for high-acuity care.’ Among the stated objectives of the system was for Vanderbilt to ‘(i)mprove financial margins with greater staff and resource efficiency.’”

“In reality, Vanderbilt has used the VPIMS to maximize its false billing practices by taking advantage of its remote access features to schedule attending physicians to be in multiple places at once, while continuing to bill their services as if they were actually present and personally performing the services at each place. VIPIMS’ purported improvements in billing efficiency are, in fact, largely a function of Vanderbilt’s development of mandatory default software settings that require its physicians, in all instances, to document that they meet Medicare’s conditions for payment.”

Howser said the software, however, is not a billing tool, but instead is used to “support medical documentation and detailed ... patient tracking.” The system was a 2008 recipient of a Microsoft Healthcare Innovation Award, Howser said, and has been licensed to other hospitals in several other states.