Yes this is one more of those “wake up”posts as I guess I should call it:)  This is an interview with the CIO of B of A and do you wonder why banks always win?  “You can do anything with software” a quote from Mike Osinski who “helped build the bomb that blew up Wall Street”..his words from a 2009 interview.  Of course he stated too what was true is that he was not responsible for how it was used when

it came to all the sub prime loans.  Of course that applies just as Microsoft would not be responsible for how anyone uses a World document.  Here’s a post I made a few months ago after some short interchanges with an incognito banker and if you don’t pay attention here, then we have some major perception flaws to work on:)

When I talk about modeling banks and insurers are on it daily and you can read below how B of A goes through their mark to market evaluation every 6 months, unlike what we have sitting in Washington that think some law made 20 years ago should not be subject to any type of change…we have many more paper lawmakers than we do digital, in other words more in Congress still hang on to paper and are the non participants in using the digital tools the House and Senate offer..the link below shows how a Paper Senator duped in to the idea that consumers all need behavior modifications..they don’t know how companies use technologies try to force changes on consumers with lowering the ethics bar, happens all the time.

This is not a commercial for B of A at all but again working on trying to get the bottom line as to some of the reasons they have all the money, once again.  Scroll down to the footer and get educated with some videos that will explain and they are

at layman level and this article that was done by Wall Street Tech is talking about it, wake up!  We know during subprime that dirty code and models that lied were used to get all the loans done and of course Alan Greenspan was biggest duped individual in the history of the US when it came to math models, he sucked in hook line and sinker and later had to admit it.  Algo Duping page has a few more videos as well to include the PBS documentary “The Warning” which is very well done and you can see the trio and their work at the White House.  Bob Rubin from Goldman Sachs was the brain, Alan Greenspan a dupee and Larry Summers is up in the air as I could not figure out if he was entirely duped or was a Rubin mathematics partner.  Banks have been modeling for years and when it comes time to regulate, the best we can get out of Congress are low tech band aid solutions for high tech problems, reinstating Glass Steagall is one as it will help but the cure is beyond this simple step as technology moved on.  When items as such get over their heads, some resort to playing poker on their phones too:)

“Bank of America is starting to measure its projects against pure technology providers as well.”

What does this mean?  They compare their software and technologies to the likes of Oracle, Microsoft and others…getting the idea yet…remember banks are just big software companies.

They are developing partnerships with some of these companies too.  As the CIO from B of A says, some really get it and some don’t.  They bring people in to speak to their IT group to educate the IT folks about on the economic side.  What they are actually doing are creating valuable “hybrids” for their work force, which Bill Gates told the graduating class at Berkeley a couple years go that those are going to be the people in demand.  I call myself a hybrid as I wrote and worked in outside sales for years, I can put on both hats and see each focus intersects and that’s why my post are different versus most that you read with only one area of focus. Interesting the link below talks about getting people to part with their money…I would put B of A right in there:)  Again you hear the word “model”…what banks do and have tons of quants to do the work.   Insurers have tons of quants as well if if you don’t have some of equal value and intelligence on the other side, then you lose.  (Gov can’t or won’t model?)

“The bank is moving toward building a software-defined infrastructure, which is completely different from its current model.”

"Most rewarding part is the difference we make," Reilly says, noting that the bank touches one out of every two households in the U.S. and that everything relies on a fully functional infrastructure.”

A short footnote to those quotes above…and keep saying this is the all entities of government run on IT Infrastructure but it doesn’t quite sink in..and we come back to the “Paper Congressmen” once again…and their presence has been very well spotted with the Obamacare battles, it’s obvious to tech folks that there’s some lack of tech education missing here.  It has been for years but now with the almost child like antics we see it is so out there in your face, you can’t miss it:) HHS sometimes is huge with driving themselves off a cliff with their duping (link below on that concept) that occurs as well, you can’t miss it when it’s out there public in the press.  Many of them still think there’s an app for everything and there’s not.

So there you have it the B of A “IT Business” it’s software right from the horses' mouth and you can read the entire article at the link at the bottom and so now I’m off to read some other ridiculous story about saving trillions, a filibuster or what ever else nonsense the media has for me today that’s out there today to influence the trading software to influence the stock markets.  Dramatics create a sense of urgency at times that really does not need to be there. I’m hoping by writing this post perhaps more can see why the banks and insurers all win..IT math models and technologies for profit that we don’t have but are dependent on theirs.  BD

"It is absolutely central that our product managers know and understand the cost of our compute ... or cost of databases, as opposed to what it costs our competitors to provide the exact same product, whether that is a JPMorgan, Citi" or even other IT providers, Reilly says.

"At best, IT economics is 30 years old. We apply the same financial principles to technology."

Instead, Bank of America is looking at labor, maintenance, upgrade and any costs associated with IT spend. The bank then takes the metrics and compares them directly with other banks' IT spend. Although Bank of America 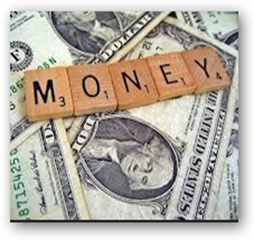 doesn't have access to specific numbers for other firms, it does work with a consultant who analyses spend across the industry and "anonymizes" the results for an apple-to-apple comparison.

Bank of America goes through the mark-to-market evaluation every six months, Reilly says, so it can determine how costs are changing over time. The process helps the bank's technology product managers make sure their products are the best and most cost-effective tools available in the market. "We work with all of our [technology] products, and we look at how the price unit per element stacks up against the industry."

The analytics are resulting in benefits to the bank. The team is 13 months into a 36-month program. "We are on track to deliver a 19% reduction in operating expense over the life of a 36-month period," Reilly says.

Bank of America not only does this with its internal technology team, but it's starting to reach out to its major technology partners to let them know how the bank is evaluating their products. While some technology partners "absolutely get it" when it comes to technology economics analysis, Reilly says, "some continue to struggle, especially those that have very fixed revenue models."

Although it will take three to five years to get a complete SDI up and running, Reilly reports that there should be 200 workloads running on it by the end of this year. "It will have a similar effect on the industry that distributed computing had on the mainframe," he adds.

Tuesday, September 24, 2013
My Commentaries , Other Items of Interest , Technology