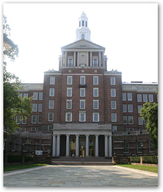 the last few years.  It’s kind of an interesting re-insurance program and it’s with same company as before.  Vitality Re V Limited is a Cayman Island domiciled insurance company.  This is an insurance linked security.

This contract was a reset of the original medical benefit ratio so they can begin collecting at 96% instead of having to wait for a catastrophic 116% as prior agreements had stated.  BD

The Vitality Re V transaction, a catastrophe bond type deal which provides Aetna with coverage for escalating medical benefit or health insurance claims rates, is Aetna’s fifth visit to the capital markets for reinsurance protection through sponsoring an ILS.

The reinsurance protection secured from the sale of the two tranches of Vitality Re V notes, a $140m Class A tranche of notes and a $60m Class B tranche, runs for a five-year term, with maturity of the notes scheduled for the end of 2018.

Aetna will be entitled to begin to receive payments from Vitality Re V under the reinsurance arrangement if the MBR of the covered business for calendar year 2014 reaches an initial attachment point of 96%.

The full $200 million of coverage would be paid to Aetna if the MBR of the covered business reaches an initial exhaustion point of 116% for calendar year 2014.