Three Rivers Provider Network is located in Chula Vista, California.  Now we have a few more details of information as what lead the IRS to take such action of seizing the records.  Three Rivers in the words of Blaine Pollock from his blog which looks like it has not had an update since 2012 states the network has more than 1,500,000 locations throughout the US and works with more than 5000 hospitals and 70,000 ambulatory locations and it could be larger than this now, again since no updates since 2012.  The company blog site (and I assume this is official since its lists the company phone number) shows their client list here.   Here’s the original announcement about the IRS investigation when it was announced.

The company’s line of businesses are National PPO, Healthcare, Insurance, Group Health, Workers' Compensation, Auto Liability, and Health Insurance and is privately held.  I found another blog page and again this looks like it has not been updated since 2012 that lists their provider network.

ongoing with looking into the founder’s use of company money for personal use and potential tax evasion.  Buying a couple yachts and a number of homes are listed as part of what the IRS is looking at.  The initial launch of the investigation goes back to 2009 and there’s questions about transferring money to offshore accounts.  Now I don’t know how that part will work out legally as huge corporations are doing it all the time and recently states are beginning to complain about loss of tax revenues as nobody has made it illegal to stash money overseas yet it seems but this case seems to talk about cooking books I think.  If you don’t know how the tax havens work, the video at the link below will catch you up and you can see big US corporations discussed and identified along with the big 4 accounting agencies that set them up for the companies.

In 2011 is when the IRS seized HIPAA protected records with obtaining from the servers and the founder is accusing the IRS of taking records in violation.  The founder, Pollock has pleaded not guilty of 13 counts and now we have HHS stating that the IRS does not have access, so go figure where this one will go as HHS and CMS have their own issues with data and some strange perceptions and opinions that lead to the Healthcare.Gov mess as there seem to no folks a the top with any data logic thinking and emotions and verbiage as interpreted still enter into providing low tech answers and solutions for high tech problems, such as this one.

As it stands now the lawsuit is kind of in a holding position while the criminal and other allegations against Pollock are working…I’m sure there will be more to this story.  This story in itself as far as separating the access of the records from the criminal investigation is amazing…the worry and concern over the IRS accessing some personal information, which they could, versus the exposure we all get with companies and banks selling everything they can get their hands on about us is wild and speculative.

If my record were on that server, which who knows one could be there, 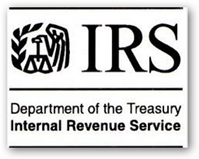 I am far less concerned over that possibility versus the data sellers with reams of flawed data they could distribute that could hurt me and they operate with basically no regulation…just putting things in context as I see it and wonder where in the heck common sense will show here with the risk of exposure…la te da.  That is exactly why I put my concerns about the NSA as number 2, and the unregulated data sellers as number one.

Banks and companies can reach out and touch me and my data all the time, where as if anything about me was on this server, well what are the chances of someone at the IRS wanting to get my data out of there with the millions of files <grin> just some very simple “risk assessments of common sense in my head”. Granted the IRS needs to keep this under lock and key and audit tables of anything accessed are needed of course and the IRS CIO guys would seem to address that issue right up front and create audit tables to protect themselves.   BD

The healthcare entity that slapped the Internal Revenue Service with a class action lawsuit back in March over allegedly seizing the private medical records of 10 million Americans has now been identified. The company's founder, the subject of extensive investigation by the IRS, was indicted last summer on 13 counts of tax evasion, conspiracy and filing fraudulent tax returns.

Chula Vista, Calif.-based Three Rivers Provider Network's founder Blaine Pollock transferred millions of dollars from his companies' accounts to various domestic and offshore bank accounts to use for personal benefit, according court documents. The funds were reportedly used to purchase or help purchase, among other things, two yachts at $1.7 million and four homes across the U.S. and the Philippines for more than $9.6 million.

However, in July 2013, U.S. Attorney Laura E. Duffy and David D. Leshner asked the court for authorization to access the server provided a "filter" attorney view its contents to determine whether the data were within the scope of the warrant, which was ultimately granted.