This is sad as the heart and other transplant surgical programs are on hold.  This is a very long in depth article and the chief surgeon has a lot good things said about him from everyone and some of the doctors he hired are now looking at leaving and a couple have given notice already.  Consumers lose here of course during all of this and the former Chief Surgeon doesn’t want money, he just wants his job back. 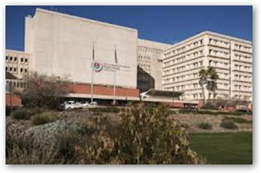 Dr. Steve Goldschmid, dean of the UA College of Medicine in Tucson accused the doctor of requesting medical records that were in error be changed, and the doctor is saying the record keeping was not accurate.  After reading all of this I kind of want to side with the doctor.  If they are using electronic medical records, pull the audit tables and see what changes were made and when and by who.  It should all be in there, that is if they are on electronic medical records.  Dr. Goldschmid is on the the management side at the hospital system.

Dr. Gruessner recruited four of the six lead physicians who treated the Jan. 8 victims of the Gifford shooting.  It is pretty odd that Dr. Goldschmid called the chief of surgery while he was on vacation and asked him to resign.  I guess we shall see more as this develops.  This paragraph kind of paints the picture of what could have happened.  Its just so odd to see everything on the plus side for the Chief of Surgery, except this.  BD

“Gruessner’s lawyers say that in December 2012, he told a university committee he didn’t think Goldschmid was capable of leading the medical school to a national reputation. The lawsuit says Gruessner believes his comments got back to Goldschmid. It says Goldschmid called Gruessner from his vacation home in Canada in July 2013 and asked the department chair to step down, citing a “record of poor performance.”

The hospital that shined so brightly during the darkness of the 2011 Tucson shootings is in a bitter professional dispute that has impaired its transplant services.

The University of Arizona Medical Center’s world-famous heart transplant program is on hiatus, as is its lung transplant program. Two other programs recently closed after the doctor who created them — department of surgery head Dr. Rainer Gruessner — was forbidden from setting foot in the hospital where he’d worked for the past six years.

Before his suspension, Gruessner had brought stability to a historically troubled department that’s vital to Tucson. He more than doubled the number of surgeons, added new transplant services and rebuilt Southern Arizona’s lone top-level trauma center for people with life-threatening injuries.

Gruessner denies any wrongdoing and says the administration invented a reason to get rid of him because he’s been critical of Dr. Steve Goldschmid, dean of the UA College of Medicine in Tucson. Goldschmid is part of the executive leadership team for the University of Arizona Health Network, which is the largest nonprofit health entity in Southern Arizona and includes both UA Medical Center hospitals — the university campus (formerly called University Medical Center) and the south campus (formerly UPH/Kino). The network also includes dozens of clinics, several health plans and University Physicians Healthcare, which staffs the hospital with physicians from the UA College of Medicine.

Gruessner filed a whistle-blower complaint with the UA on Jan. 9, saying administrators retaliated against him for exposing serious problems with transplant record-keeping. The complaint says University Physicians Healthcare sent Gruessner a letter of termination in December.

Doctors whom Gruessner hired said they were drawn to the UA because of his willingness to support cutting-edge medicine.

He sought doctors with more than 10 to 15 published articles, real academic interest and good pedigrees, meaning they came from well-regarded fellowships and medical schools. His stated goal was training the future leaders in surgery.

Sunday, January 19, 2014
Medically Related , My Commentaries , Other Items of Interest