Home » Other Items of Interest » Technology » The Big Data Chat–The Data Scientist Explained To the Layman, How It Works and A Few Misconceptions Debunked (Video)

The Big Data Chat–The Data Scientist Explained To the Layman, How It Works and A Few Misconceptions Debunked (Video)

This is a very good video as we hear the buzz words and big data right and left all the time.  These 2 data scientists are pretty much off the cuff and talk about how they work in the real world.  Both of these folks are from SAP and talk about their backgrounds and how they both somewhat morphed into the job.  They debunk the myth that the data scientist walks in and works magic and boy do you see that all over the web today. 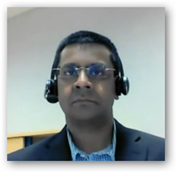 Sure they discuss there are shortages in the field.  One guy’s background is basically a mechanical engineer.

I had to laugh when the one man was talking about the position name of “Director of Algorithms” as I sad about 4 years ago that maybe the US government needs a Department of Algorithms.  These two individuals have matured in the business as well and again they talk about teamwork and how the lone ranger scientist is maybe not your best bet for sure as you need teams to find errors and they make no bones about it as it happens to all of them.  We go from real logic to this next link below with education to be a data scientist…our company will crank one out for you in 12 weeks…and there’s a bit of what you could call a guarantee…well Facebook is one of the backers here so you can see where this would be a low line data scientist as far as the quality of data to be worked with versus let’s say financial transaction data.

We also had Kaiser Permanente sell their Quantitative Math Modeling subsidiary they built this week to a private equity firm.  I think you can safely say that all Quants are Data Scientists but it is not always the same in reverse for sure, again listen to the two speak in the video and this becomes clearer.  If you want to hear the Archimedes Quant and head of engineering talk on a discussion forum then use the link below as she’s in good company and they are talking about data and company quants. 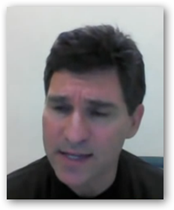 and how untamed, some of this in the quest for profits and money is not always leading to models that benefit consumers, why there is a quant and data scientists code of ethics as they are very refined in what they do and just some of the scientists we read about here and there, nobody’s really there hands on to check their code and work so they can lie but it will eventually come out when someone else cannot replicate it, so with proprietary software..well…you see where that goes you have to believe the quant as nobody gets to see or test the code.  They talk about all the noise when you get into big data sets too and how to work around it, in other words don’t let it get in the way.

I do know of one physicist in Congress  and his technology was used with CERN, and I’ll be darned if we hear much from him as we get the digital illits most of the time wanting to rant, filibuster, draw attention to themselves, make a little extra money from lobbyist, etc instead of Congressmen who know math and physics…we do have a few in Congress.

Data Scientist Explained for the Layman…

When you hear big data, this explains a lot more of what it’s about rather than big data just being an algo fairy and you can hear them talk about the time it takes to work on solutions too.  Kind of funny when asked about social data value, you get this sigh and they answered it properly but you could tell it’s not their favorite as they about the value or non value of social data.   Mike Naimoli is over there at SAP as head of Life Sciences and back in his Microsoft days I did a great interview with where he was a the time

, before we called them Data Scientists.

Using all possible variables in a model can fail they state.  If you want to see the opposite of how banks used models to make money and hide risk from the other side of data scientists, scroll on down to the bottom to see the dark side and why banks are so rich today and watch video #2 with the Quants of Wall Street.   Like anything there’s both sides and the bad side as we have seen dupes, dupes and dupes again.  Algo Duping page has more on the dark side of numbers being used only for profit instead of increasing efficiencies like these two are doing at SAP.