Home » Medically Related » My Commentaries » Other Items of Interest » Billionaire Dr. Patrick Soon-Shiong Founder of NantHealth And The Clinton Foundation Announce Collaboration Partnership To Improve Domestic Health In The US–Take That St. Johns…

The doctor also has his own foundation called the Chan Soon-Shiong Family Foundation and if I’m not mistaken he still is the wealthiest man in the Los Angeles area.  The doctor’s big claim to fame had to do with his research and creation of the cancer drug Abraxane, which he sold the company that created it to Celgene.  He also sold another biotech company company to Fresenius SE for 5 and a half billion . 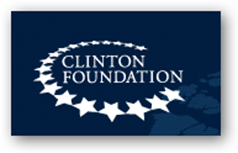 He wanted to buy St. Johns hospital and had put a bid in place during very strange times at the hospital and it ended up staying within the Catholic healthcare system.

St. Johns Hospital Fires CEO And Several Board Members Fired By Email - Chan Soon-Shiong Puts Some of His Projects for the Hospital on Hold

It was a strange story alright as the doctor has already been pumping a lot of money into the hospital only to find the CEO get fired one day and he didn’t even get a courtesy call to let him know.

St. Johns Hospital in Santa Monica Gets Sold To Another Catholic Healthcare System, Providence Health and Services, Bids From Patrick Soon-Shiong, UCLA & Others Didn’t Work Out

The doctor is also a member of the Melinda and Bill Gates “Giving Pledge”.

You know those Glo-Cap pill bottles, we he owns those too even though that technology makes me nuts personally as it sells data but you can’t have everything I guess.  You can visit NantHealth to see more of what his technologies are in the Health IT and clinical care areas are and yes they have a medical records system they sell there too and actually more with an entire platform called ICOS.

This new system ICOS will be put in place as pilots in the Coachella Valley and in Arkansas (take that St. Johns <grin>.  Dr. Patrick Soon-Shiong says he can do it better than what’s out there now so time will tell.  His platform also ties in genomics and you have seen little of that in other systems so far.  Verizon is also an investor in NantHealth.

St. Johns Hospital of course didn’t lose out entirely as there’s another pilot program working there that brings together genomic processing, supercomputing, high-speed data networks on a cloud platform with NantHealth.  I’m just sure he would have preferred ownership of the hospital, that’s all and the whole scenario was just so very strange.    BD

of care through the standardization of digital medical records, and improving employee population health and bringing 21st century cancer care to the underserved communities.

NantHealth will deploy its Intelligent Clinical Operating System (iCOS) in two communities – Central Arkansas and the Coachella Valley – that are currently included within CHMI’s portfolio of community health transformation areas.  Within each community, NantHealth will provide technical resources, clinical expertise, and philanthropic support to implement iCOS.  Through this deployment NantHealth will establish a uniform digital standard of health communication to enable integrated health network and coordination of care – allowing patients and providers to securely access actionable health information at the point of care, in the time of need – a next generation Internet for secure health information, transforming complex big data to evidence-based care and a continuously learning healthcare system in America.

The partnership between NantHealth and the Clinton Health Matter Initiative will also work with other organizations such as Bipartisan Policy Center CEO Council on Health and Innovation and local experts to develop long term plans designed to measurably improve the health and wellness of individual employees and employee communities. As part of this endeavor, the partnership will adopt a comprehensive package of customized well-being practices, to be endorsed and implemented by large and medium-sized employers in the region.

Tuesday, January 14, 2014
Medically Related , My Commentaries , Other Items of Interest