Home » Insurance » Medically Related » My Commentaries » Other Items of Interest » ICD10 The Sleeping Monster In The US Health IT System, Other Countries Using New Codes For A Better Clinical Diagnosis While US Tends To Focus On Coding Better Payments

ICD10 The Sleeping Monster In The US Health IT System, Other Countries Using New Codes For A Better Clinical Diagnosis While US Tends To Focus On Coding Better Payments

Yes the US is the “only” country that ties ICD10 with billing and revenue cycling.  The conversion touches every bit of the data calculations in healthcare, thus we can call it the sleeping giant.  If you have not had enough of this yet with seeing Healthcare.Gov with a premature roll out, wait until this hits.  We are dealing with huge complex data bases today and the larger the data, the larger the exposure for errors.

Ask any Quant or data scientist, they will tell you that as that’s how it works.  So as the title indicates here that when you have to initiate new coding that will touch every other integrated process, well you get the idea as new screeching algorithms will arise and again the error factors will follow suit.

Probably if the conversation had been done 5-6 years ago it would have not been as complex as much of the data was still living in silos and it is easier to transition when in a silo even though that’s not the ultimate goal here but it’s just flat out data mechanics.  It is what it is and this not new conversation as you can go back to Dr. Halamka at Harvard discussing this back in 2011.  People that work with data and have the “hands on” credibility are worth reading and staying in touch with for sure as you get the “real” story and not a “glossied” marketing news article.

There’s a lot of money invested in creating ICD10 software too and those folks all have a big stake in the market and like anything else they want a return on their investment.  It’s the “bliss” marketing that you read in too many news articles that convince you that there’s “no problem” with so much of the complex IT infrastructures we live with out there today and with that I’ll go back to my coin here of “the short order computer code kitchen burned down a few years ago and there was no fire sale”…reflect on that comment as you read about how the roll out of Healthcare.Gov went.  There’s no two ways about it that the bliss and expectations you read in the news don’t match the reality of the work and time needed.  It does take it’s toll and when you see folks like Kundra leave and there’s many more like him that have done the same, there’s a point of no return here if the digital illiterate crowd that has been soaked and duped with marketing keeping pushing to meet deadlines that are not realistic.  Again look at Healthcare.Gov where they thought they had time to write code from the bottom up with integrating a lot of technologies that had not been put together in such a fashion before.

Again you don’t have to just rely on what I say, here’s a clip from Dr. Halamka’s blog that addresses the “perceptions of the digital illiterates” out there…

We learned from healthcare.gov that end to end testing with a full user load and complete data set is important to validate the robustness of an application.   ICD-10 go live for every provider and most payers (other than Workman's Comp) is 11 months away.    Does CMS have time for a full end to end test of all functionality with its trading partners?   I am concerned that not enough time is available. 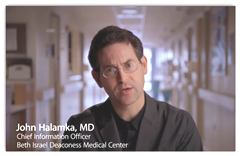 Will most payers and providers be ready to process transactions on October 1, 2014?  Maybe.   Will new documentation systems, clinical documentation improvement applications, and computer assisted coding to ensure auditable linkage between the clinical record and the highly granular ICD-10 billing data be in place?  Doubtful.    Will RAC audits discover that not enough time was available for training, education, testing, innovation, and workflow redesign?  Certainly.    The risk of a premature ICD-10 go live will be the disruption of the entire healthcare revenue cycle in the US.   The consequences of a delay in enforcing ICD-10 use are minimal.

ICD-10 enforcement deadlines should be extended by 6 months to enable additional testing and workflow redesign.  The October 1, 2014 deadline may work for some providers and payers. Transaction flow can begin if systems are functional.   However, a 6 month extension will enable providers and payers to revise and improve systems before a mandatory full cutover.   We need to do this to avoid another healthcare.gov situation.

Again the marketing and the perceptions created are those of a virtual world and we have to function in the “real world” and the models don’t always play out correctly in the real world.  One of the best quotes around is from the Quant video in the footer of my blog, “you can fix anything with software here, you have to live with the constrains of the real world’' and keep that in mind as you are seeing more virtual “fantasy” type creations growing out there in healthcare and beyond.  Let’s not forget we have to live and deal with the constraints of the real world, full video in in the footer if you wan to learn up about how some of this works and as patients, we are like the oysters in the video clip below.

Again it’s worth a mention again on Healthcare.Gov about the “Algo Duping” and subsequent Attack of the Killer Algorithms that is taking place as CMS was duped all the way up the ladder by many and lacked the intelligence to see it sadly.   The news will be full of it as patients go to see their doctors in the next few days on how the data may not arriving on time to get care…so as I said in the title here the US has gone from putting impact on better care to better coding and a new ICD10 code is not going to directly impact the care you get as a patient as humans still do that, not a code.

So relative to the Healthcare.Gov project with the OIG (Office of Inspector General) now responsible for the investigation, how many technological experts do they have on staff?  Last I remember and read in the news with the initial failure HHS had to bring them in from Google, Oracle and so on…

so this is a joke and not fair to the OIG at all as they don’t have the resources to do so and so is someone going to come along and give them the ICD10 project next as the OIG continues to make budget cuts and human resources shrink?  You have been Algo Duped and this has been a long history with HHS for sure.

Shoot some of the software companies creating ICD10 algorithms are not done yet either…so how long before we decide to do something about this fantasy perception that it will be ready to rock and roll?  Time to be a data skeptic here and this is an excellent essay that talks about that topic, not a cynic a skeptic.  You do have to kind of chuckle a bit at the blogs and articles that state your are just not making the grade if you or your organization is not ready for ICD10 as there are plenty of those articles out there, the marketing as those folks creating such software solutions want an ROI on their coding writing as soon as they can get it.

The Medical Group Management Association (MGNA) has sent a letter to HHS urging end to end testing to Secretary Sebelius and well we all kind of have a good idea on her perceptions of such, like again Healthcare.Gov, just roll it out there..duh…digital illiteracy and not listening…a huge problem there at the top.  She has not a clue on any of this and I have no idea where she gets her ill fated perceptions…wrong person in the wrong job.  Maybe it’s time for another “Sebelius & Holder” letter accusing all of  lying on their billing?

I have not been the first to say this as you read it all over the web as a transition has taken place with medical records system in the US going from having a doctor and clinical focus to a bigger one of revenue cycling and payment methodologies and this certainly with the ICD10 issue with marketing and being pushed before it’s time is yet one more example on how this works.  Again I don’t know what planet Secretary Sebelius lives on with what we read out there today but it’s what I call the “Sebelius Syndrome” and it shuffles all the way down.  Here’s one hospital that has done their home work and said they can’t afford the 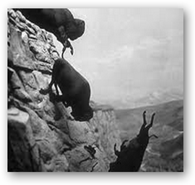 loss with ICD10 as they know claims will be held up and delayed and they need the cash flow.  Anyone listening to this?  You want business intelligence in healthcare, well here it is, reality…and patient care will suffer and possibly be delayed.

Again you will continue to see those news article that will say “shame on the folks who are not ready for ICD10” they are plentiful on the web but I would urge you to look at the real picture on the complexities of IT Infrastructures and see what is “humanly” possible to accommodate.  It’s still humans writing code here and I should mention a lot of the ICD10 software is being sold with a “hold harmless agreement”…so when claims are delayed, you can’t go back and ask for any real accountability from the software either….

ICD10 Software Being Sold With “hold harmless” Clauses–Sign of the Software Development Times?

ICD10 Facts or fantasy…you decide….videos at the Algo Duping page can help you sort some of this out..BD