Home » My Commentaries » Other Items of Interest » Technology » Bitcoin Is Going To Be One Of the Big Determining Factors On How Far Banks and Businesses Venture Into the Virtual World And Further Lose Focus With Functioning In the Real World Until They Lose Enough Money..Probably Our Dollars Come To Think Of It..

Bitcoin Is Going To Be One Of the Big Determining Factors On How Far Banks and Businesses Venture Into the Virtual World And Further Lose Focus With Functioning In the Real World Until They Lose Enough Money..Probably Our Dollars Come To Think Of It..

This is the way I see it anyway and will there come a day when I see some insane marketing that tells me I can get up the morning and eat a “virtual egg” for breakfast?  Sure that’s out there but so is a l 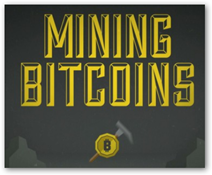 ot of what we are reading about Bitcoin.  I can see it as form of transaction but to think it could be a virtual currency is a little too far.  If you think things are complex out there, add in a virtual currency as such and nobody would ever know that their portfolios are worth until someone comes along and with a virtual answer.

We are out of balance today with tangibles versus intangibles and I still need a “real egg” to eat for breakfast in the morning and that’s where the two worlds collide.  When you look at the stock prices on social networks for example, its data but the value is all virtual.  Sure you can mine it and have the Query Masters try and find some value in the data, but again it’s not that egg I need to survive.  Of course the banks want to own it and create their own models to sell it as they are not much more than big powerful software companies anyway with math models and algorithms to allow and/or deny access to money.  That’s almost a given today.  How in the world could the average consumer ever keep up, they can’t and for that matter once you through a bunch of virtual math models on top of what we already have, everyone will be lost.  Half of what is being created with analytics today will be a waste of investment as some of what is being created out there has virtual values that don’t work in the real world.

The marketing out there today is way out of site with trying to create real or virtual values.  With social networks, what you do have, a bunch of data and algorithms sitting on servers with over priced stock values.  I see more value right now in the chickens that lay those eggs so I’m assured of having one available for breakfast.

I can’t eat an algorithm and survive.  I wrote this a short while back about the “virtual personas” that MasterCard is working on to market you, who care what category of the  5 levels of personas you fit into that they created?  I don’t, just keep the fees down and affordable and stop with the math formulas that tweak text and make me think it has value.  What I can afford has value and I’m not really that hot on how many more billions they make scraping data at this point as I live in the real world.

Sure I like data, queries and algorithms that create efficiencies, have written enough of them and thus so I look at what’s nonsense and the ways that banks and companies exploit their “virtuals” to get more of my “real’ money.  Right now most banks and companies are just sitting on their money and they keep getting richer all the time, again with using virtual values and worlds to create an illusion of value.  I think Mike Osinski says it the best and he’s the guy that wrote the software that banks used, abused and remodeled for the sub prime crash, it was all a bunch of virtual values…you can do something about anything with software..he says and that’s true but it may not work in harmony with the real world as he continues to say and you end up with a bunch of folks living in a software created fantasy world.  Doesn't work that way with real people.  You can read the post below and see where are fooling ourselves.

So really one has to wonder, how far will folks go into the virtual world before they lose track of the “real world” and I think we are seeing a lot of that out there today.  With all the hacking that has taken place with folks losing their bitcoins…worth it?  Not in my estimation…this where the real world needs to kick in.

Again we already have these over valued stocks on social networks whereby nothing but chatter and queries send their value sky high.  I like some social networks and use them but what you see as far as value is again colliding with the real world of value and sure folks will believe in virtual realities if someone can make 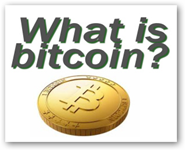 So again most of the wealthy today have benefitted to big degree on some of the “virtual” worlds beliefs and sometime just spoofing but again it’s how far do we let it go and when do we touch base with the real world of people again I think is a good question.  It will happen either by choice or when the virtuals crash, and they will at some point.  Bitcoin as a currency is just a little over the edge as you can’t ask a country or world for that matter to put all their values in to what is virtual…when we live in the real world.  Maybe there has to be more folks that lose virtual wealth before this really kicks in?  Again if you think we have complexities now, add in a bit more of the virtual values and nobody will know which end is up, and of course the 99% will be the losers as we live in the real world.

Does anybody even know who really created the virtual bitcoins?  Other than a form of transaction are we really very smart to think a somewhat solid form of encryption will replace currency?  Again with software and code and a bit of marketing folks can dupe, dupe and dupe us again.  BD

Sunday, January 05, 2014
My Commentaries , Other Items of Interest , Technology