You can use the link at the bottom to read the entire accounting and again we have much of the same old type of issues we have read with HHS and other state exchanges that have failed and had issues.  First of all when you look at the ones that “are” working and yes all have had some issues which

is expected, those states seemed to have a much better realistic perceptions of data mechanics and do understand that IT infrastructures “ARE” attached to almost every law out there day.  The ones that failed from what I have read involved a lot of politicians and government executives that have not been able to come in to the 20th century and “get” that.

We had Oregon and their big dreams of reworking a good part of their social services IT infrastructure at the same time as building the exchange..duh…nice to have dreams but when you have a set time frame and code to write and you dump on tons of additional time and custom code needed to be written from the bottom up, well you see what happened there.  It’s also entertaining to see the politicians when it doesn’t work as they are out of touch with reality go on “witch hunts” as “it just has to be that we hired non competent contractors” …”has to be their fault”…”they are not giving us adequate answers”…that some of what you read.

Maryland State Insurance Exchange Brings In United Healthcare Subsidiary QSSI To Help Repair The System, Their Main Contractor Is Also Owned By Insurance Company, Insurers Have Truckloads of Subsidiary Companies You May Not Be Aware Of

Sadly what we have here is what I might really call a false sense of perceptions and abilities out there and we keep seeing it play out over and over and over.  You also have to keep this in mind with some of the reports you see as again we have without “data mechanics” focus and logic writing some of them too and the circle keeps going unbroken an we all suffer.  The Sebelius Syndrome as I call it is what this all is and believe me there’s tons of those circulating in Congress too, and we usually get reminded of that fact when we see these extreme filibusters, and when you dig in, those are the folks usually conducting them, those that do not understand and don’t take time to learn.

It’s just like the “3 Bullet Point CEOs” that still walk around out there that believe they can make big decisions by a short summary of reading 3 bullet points.  That  one I know as I have dealt with those who really don’t want to learn about much history on what lead up to the problem and what actions need to be taken, hard to get all of that listed in 3 bullet points but those folks still exist out there with that weird perception that if they have those 3 bullet points they can make phenomenal decisions and and phenomenally devastating is what we end up with.

The self perceptions that those outside of the IT world are at the root of a lot of these problems, and some still think we have some “algorithm fairies” flying out there too, that again part of the Sebelius Syndrome which was seen with a few public statements and commentaries.  My favorite one was this one at the link below and it just absolutely got right to the point of how these weird perceptions and how executives think, hurt everyone else as the perceptions and subsequent statements are not true or relevant. Actually the logic is pretty funny if wasn’t so sad and obvious…”hurry up the changes with health IT”…I find this very relevant right now as all the bit IT projects are having issues…the answer is “just hurry those folks up”…<grin>.  If they only knew and understand, you will find that no matter what the project is most work at a speed of 150% in reality, but they don’t get it at all as they don’t take time to learn and listen, so the brilliant answer…again…just hurry those folks up <grin>.

I had a little Twitter chat on this issue to where it got worse in the news with the HHS project, and folks agreed, where is the OIG going to get the experts to do a full study on what happened to the Federal site..last I remember the White House had to go dig a bunch of experts engineers up and Sebelius thinks that the OIG can just run in and do a full investigation…funny..and sad, the syndrome again.

Anyway back on track in reading about the Maryland site, I read the same type of issues being present again, just different players but it comes back to the same thing.  You can’t just appoint someone without some data logic thinking and expect things to work.  I think even the President found that out with giving Zeintz the job and he probably found out too it was lot more than what he expected and thus Obama woke up and found someone who does have some “data mechanics” and “logical” IT thinking that understands code to come in, so perhaps Maryland might be entertaining this idea as well?

In DC I still say this is a good idea for Congress to get educated and if that were to happen with having the Office of Technology Assessment restored, they might get along better and and perhaps we would have less drama queen filibuster?  Maybe we might need to think about this a little more..which is more important, making sure Congress has the information they need or looking forward to another filibuster show from those lacking data mechanics logic?  That’s the way I see it anyway, makes for good entertainment and drama on the news, does little for us.

I seem to write about it frequently and so I do wonder how many others out there see the same? 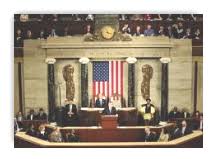 I’m sure there’s a bunch but they may not be bloggers.

So again, sad in Maryland but this is what you have with many being oblivious to the fact that algorithms running on servers 24/7 are in control with the decision making processes out there..and until that is working properly, everything kind of comes to stand still does it not?  Looks like the Sebelius Syndrome lives…and we all suffer..so what’s next, lawsuits from the state government, probably…it plays out the same way most of time..and that adds even further complexities.  Sure folks need to be held accountable but I don’t even think the lawyers understand themselves what it is, how was created and the full impact it has, they are focused on witch hunts which why you hire one to begin with anymore.  BD

More than a year before Maryland launched its health insurance exchange, senior state officials failed to heed warnings that no one was ultimately accountable for the $170 million project and that the state lacked a plausible plan for how it would be ready by Oct. 1.

Over the following months, as political leaders continued to proclaim that the state’s exchange would be a national model, the system went through three different project managers, the feuding between contractors hired to build the online exchange devolved into lawsuits, and key people quit, including a top information technology official because, as he would later say, the project “was a disaster waiting to happen.”

In e-mails, Pearce’s new project manager said the situation appeared untenable. He resigned after a month, and the third project manager in three months took over in April — with six months to go before the site would launch.