Home » Insurance » Medically Related » My Commentaries » When Doctors Give Patients Money, Hospitals Pay Patient Insurance Premiums, Humans Helping Other Humans As The Attacks of the Killer Algorithms Grow Stronger Everyday While Gov Can’t or Won’t Model Or Wake Up For That Matter…

I don’t have a clue as to when buzzer’s going to go off but all the money the Health IT folks are counting on for income from Hospitals is going to reach a breaking point at some time as both patients and hospitals are looking for money.  Of course there are a few exceptions with the UPMC who hauls in a billion a year and has 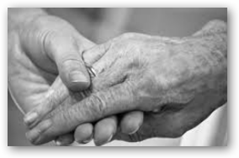 the city of Pittsburg trying to take their non-profit status away as they need the money, and there are worker protests galore on poor pay, but those are a few exceptions and not the norm.  Here’s 6 hospitals this week that went up for sale due to lack of money..

Sometimes your perception just kind of depend what news story you read with a smaller focus and thus so you could miss the overall big picture.  So if you were to read about UPMC you think those rich hospitals are really making out right?  Well go read a few more and see what you think.  Just do a search on hospital layoffs and you probably will get a better overall picture.

Then you get the big stink about hospitals potentially paying for patient premiums..well why they not..if money is not looking good, who’s going to sit there and say well we shouldn’t do this..bull..use your head.  Why would a hospital sit there and say well we are going to go a bit further into the hold here with our charity care when all that’s needed is to pay a few premiums and shift it back to insurers.  This morning there’s a study that came out with hospitals not recognizing the signs of bankruptcy!  Can you believe that…you can’t make this stuff up.  It’s the same issue I keep talking about with folks not being able to see the difference between virtual worlds and the real world so let’s flip this around and blame hospitals for being negligent..it’s the perception that is put out there with news and what other people see and it may not be true at all, just a number crunch and a small focus for a story.

And then you have others that are becoming bed partners with insurers in different ways too..here’s a couple..as subsidiaries of insurers in place can keep a closer look and suggest maybe some data selling revenue streams.  Or in the case of United they want to be the everything/anything integrator with medical records for a few large vendors…eye on the money.  You have Mayo Clinic doing their thing with telling you they are not looking for money to grow and practically doing commercials to get some revenue streams with working with United Healthcare labs on selling data.

So this is where the responsibility and caring  taking place, with humans, not the corporate algorithms that crudely deny your access at times with no human to explain why the algorithms of health insurers, HHS and CMS say no.  Where’s the next pot of gold for all the Health IT money going to come from?  There’s a real need for adding some real modeling to government budgets and not to mention getting folks in positions that understand this and how code works. If you are relating to a brand only in healthcare today, well there’s a good chance you have been brainwashed as that breaks down the human to human relationship.

We have it with banks and proprietary code and same goes with insurers and other healthcare entities, some who dump your data all over the place too, there’s no accountability and a government who runs for the hills when it comes to math.  They could cut to the chase as there’s a lot of modelers who have been on the other side willing to help and educate.  It hard when you watch executives running

HHS that still seem to think that algorithm fairies exist and those examples have been numerous in the press the last couple of years (i.e. let’s hurry up Health IT and everyone cheats on billing).

Insurers just like hedge funds are having a hell of a time getting their quants to find those magic formulas today and after a while they don’t work anymore.  Watch the 4 videos in my footer to learn how this works or visit the Algo Duping/Killer Algorithm page.  You don’t have to take it all in at once, just keep going back.  BD

A physician recently wrote in JAMA about giving a patient $30 to help pay for a medication after a two-hour phone battle with the insurance company came to naught. He was cited by his institution for unprofessional behavior, but was also deluged with letters from doctors and nurses who have been in the same position and done the same thing.

We hear daily about “health care costs,” a lumbering behemoth that dominates the news and the economy. But it is the smaller amounts, literally the pocket money, that often has the most profound and palpable effect on the concrete currency of health.