I think it’s time to move on with this…this happened nearly 4 years ago and how much proprietary code has been written since then, lots of it!   It may also make one wonder how many more H1-B programmers have been hired at Goldman since this all erupted too.   At the link below, and if you are in technology, do read it, as the perception of the FBI agent on what he thought “subversion” was is a scream, and he admitted his misconception, so again there’s so much garbage in this entire case.  If you did not watch the PBS special, “The Untouchables”  with DOJ Lanny that was out about a year or so ago, do it.  You can also find it as part of the AlgoDuping collection so there’s more over there like it. 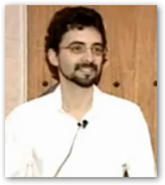 doing any math or real technology research to get to the root of fraud…it about made me sick with his somewhat “whining” tone of why he could not investigate the case and even his co-worker on the documentary was a little perturbed.  We all know digital illit Lanny resigned and got a job making even more money after the “big whine”.  We hear all kinds of whacky perceptions out there today from folks outside the technology business and I keep writing about what I call the “Sebelius Syndrome” too as that keeps playing out in the news and even the RNC has a case of it too…strangest thing around with non tech folks who refuse to listen to those in the business that can explain logic and they keep going off half cocked with how they think it works.

Back from the archives here we had a judge tell Goldman to pay for Sergey’s legal fees, so perhaps the current folks trying to prosecute this case could have a chat with him?  Would make sense to me but of course that’s only my opinion and that doesn’t count here (grin).  Seriously, can we figure out how to waste anymore tax payer money here?  You need a very specific type of jury member to even understand a lot of the technology today so again a smart lawyer can Algo Dupe a jury to believing things that are just not true.  Take a read of the news on this case and it’s not far fetched at all to assume there was some going on in the original trial, but we are smarter today too with more technology news and methodologies talked about in the news.

Actually I wrote a blog post about a lot of the quantitated justifications that go on out there today with what you read in the news and it’s not the fault of reporters as they too are being introduced to the old “pay for performance” model that’s been driving healthcare nuts with bad models and numbers there, so yeah, reporters with media services trying to increase their revenue streams as you can read about how most are struggling to keep enough money rolling in, are getting the same crap model that doctors and hospitals have been plagued with for a few years now.

So if you look at it that way with a “real world perspective” here, you get an idea of what’s

taking place as modelers have more responsibility now than ever and some models just flat out suck and the proof of concept they present are virtual and don’t work in the real world.  Good essay “on being a skeptic” here from a former Wall Street Hedge Fund quant, she tells you how it is and watch her video, #3 in my footer here.  Actually I was hoping some of this might be addressed at Davos, but looks like it didn’t pass “go” there either.  Bill Gates and his foundation are pretty much the only loners out there that are tuned in with virtual and real world connections and when they work and when they don’t work.  His foundation did an excellent report on how using technologies to create real world tangibles works.  I thought the CEO from Pepsi, and no offense intended here, but with her attack on the media, to me anyway my perception was that she’s out of touch with the entire big picture.  Maybe Pepsi should spend some serious advertising money with the media or more of it as the news they produce is what keeps investors buying and selling their stock, but again she seemed to miss that aspect.

Ok so coming back around to the Sergey case, I don’t know why Goldman doesn’t give some thought to rehiring him if he’s that good and a few months ago a reporter did a very good job talking about his abilities and the money saved for Goldman too while he was there.  With all the elevated math model intelligence talent that Goldman has do you think they could sit down with the folks trying to again prosecute this case and explain some facts of “code life”?  Here’s yet another case of stolen code where “Drop Box” was used to share code..what’s up with this one, any higher levels of research here yet?  All of this makes about as much sense as taking Octomom to court..there’s bigger fish to fry out there for sure and if you put Octomom in jail, well the tab goes up for taxpayers too with having to take care of the 8 kids, they have to go somewhere, right?

Goldman bought the code they used then from a guy who used the model to win at Black Jack..so there you go if you want to make a “casino” connection with Black Jack models being used to make money and heck it’s out there in force with all kinds of other financial institutions using it, so is there “jack” value to this code now?  So even if he did take some code modules, which I still say are small and somewhat meaningless as those algorithms have to act with and search out other algorithms to complete a search and transaction, he’s spent time in jail already so give it up for goodness sakes.

I don’t recall any audit tables discussed in this court case specifying what kind of modules he reported took.  Goldman has an interesting one way relationship anyway with open source, as others have written, they take and don’t give back and anyone out there in technology knows that’s part of the deal

with open source code, you have to give some back, and they don’t, so is there a little Goldman code greed going on here?  I think taxpayer money is better spent finding hackers who “really” do harm out there and gosh knows there’s no shortage of them out there and consumers who have been hacked have one story after another to tell.

So as I said above, how much trading code and math models have been written since all this took place, tons of it for goodness sakes.  Does Goldman have much of a leg to stand on with computer code these days?  How about their glitches in August of 2013 when Goldman's internal computer system that helps to determine where to price options mistakenly ended up sending orders at errant prices.

So why doesn’t the State of New York give it up and move on?  To me we have much more serious items at task here and this is a case of egos here it sounds like that can’t get their “context” together..a lot has transpired and if you want to understand more about context with data, watch video #1 in my footer, the professor does a great job in explaining how things are used and abused out of context and to me that’s seems like exactly what’s going on here as “numbers don’t lie, but people do” (podcast).  Take in video #2 as well as you will get a much clearer picture on how this works from one quant who used to write black box code for Goldman.  Time to hold the banks accountable for “their” code too?

For another perspective on “computer code” running on exchanges, take a look at this documentary with a former High Frequency Firm discussing code and the unfair advantages out there…if we are going to talk code, let’s get it all out there on the table…me thinks and maybe this is a bigger case that should be investigated?  Video below tells the story of a former Goldman Sachs former Quant, Haim Bodek who’s opens Pandora’s box on Wall Street Code.  Maybe Sergey and Haim could  join forces?  Quants create the math models and programmers like Sergey take the models created by the Quants and write the algorithms to execute.  BD

The Wall Street Code…
Federal Bureau of Investigation agents were waiting for Sergey Aleynikov when his plane from Chicago landed at Newark Liberty International Airport on July 3, 2009.

They swooped in and brought the computer programmer, amateur ballroom dancer and father of three to an interrogation room in downtown Manhattan.

U.S. prosecutors disagreed. They accused Mr. Aleynikov of stealing Goldman's secret high-frequency-trading computer code with the intention of replicating it at his new job. Mr. Aleynikov was convicted in 2010 in federal court in Manhattan and sentenced to eight years in prison.

"The damage to the original owner of the technology is probably not that great in the overall scheme of things," said Mark Beddis, who helped start computerized-trading firm BIDS Trading LP in New York. "I'm not saying Goldman's software is trivial, but to take a whole infrastructure and steal it—that would be almost as hard as building it from scratch."

Sunday, January 26, 2014
My Commentaries , Other Items of Interest , Technology