In the Boston area the article states this leaves out Massachusetts General, Dana-Farber Cancer Institute, and Brigham and Women’s Hospital and there are also some 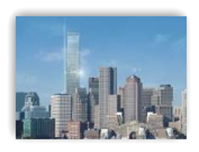 community hospitals on the list but most are on the low cost list.  Boston teaching hospitals are on the “low” or good side of the list as well.  The official name is the Hospital Choice Cost Sharing plan.

Premium increases are stated to be around 4.5 percent versus 10 percent for those who do not opt for the change, so this is a bit of a no brainer here with cost being out front on everyone’s mind.

Employers who opt for the Hospital Choice Cost Sharing plan would benefit from a much smaller premium increase next year than they would have faced if they kept their same health plan.

A spokeswoman for the Boston-based health insurer said businesses who join the Hospital Choice plan would see an average premium increase of 4.5 percent on Jan. 1, compared with nearly 10 percent if they continued without any change.

The new Hospital Choice plan is viewed as an introductory step toward those three-tier plans because employers get to keep their current health plans intact, with one exception: steep co-payments for certain procedures at the 15 higher-cost hospitals.