personalized medicine into the era of more preventive treatments

and practices in health care.  There are 3 categories on the X PRIZE, and one is DNA Sequencing.  BT Global Services has now  added some additional funds to the projects.  There are a total of six contenders for the X Prize in the Biotech competition.

Of recent I have posted a few articles regarding the DanaherMotion Polonator and  this is part of the Personal Genome X-team competing for the 10 million dollar prize.   More about the team can be found here.  Information on the first 10 participants is listed here, along with George M. Church, the leader of the project.

A related article on the Polonator can be viewed here at Technology Review.  “We feel that the Archon X PRIZE for Genomics will help raise consciousness, encourage cost reductions and standardize comparisons.” 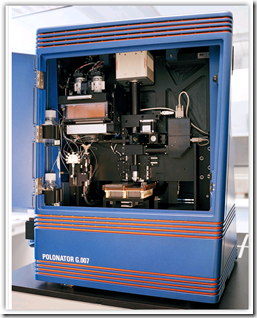 “While the scientists don't yet have the final figures on the Polonator's accuracy and throughput, they expect that it will sequence 10 billion base pairs in a single 80-hour run, a capacity equal to or greater than that of currently available technologies.”

Inexpensive genomic sequencing through the project may be coming to hospitals and medical clinics very soon and it is all open source software.  BD

SANTA MONICA, Calif., June 26, 2008 - The X PRIZE Foundation, an educational non-profit that designs and administers competitions with prizes of $10 million or more, and global communications services provider BT, have joined forces to combat some of the world’s biggest challenges, such as disease, poverty and energy efficiency. BT Global Services, which employs more than 32,000 people worldwide, is providing $7 million in operating funds to the Foundation over the course of a three-year partnership. .

BT has a world-class team of researchers, scientists and developers, including 3,500 people at Adastral Park in England, a research team based in Malaysia and a new R&D center in China.