Follow-On Biologics Legislation Could Save Billions Of Dollars

Personalized Medicine and Genomics are getting some serious attention, why, because it will save money and hopefully better healthcare in the process.  The days when your DNA will determine what drug your physician will prescribe may not be too far off.  Developers and researchers are working quickly to bring this to market with affordable solutions, such as this recent article about the Polonator being developed and soon sold from Harvard University, but this is only one of the issues covered by pending legislation in reference to genomics.  BD

Legislation (S 1695) that would create an FDA approval pathway for follow-on biologics would reduce federal health care spending by $5.9 billion and national spending on 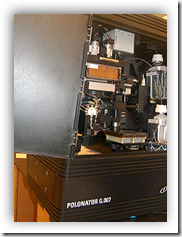 biotechnology drugs by $25 billion over the next 10 years, according to a Congressional Budget Office analysis released this week, CQ HealthBeat reports. CBO's estimates are similar to the findings of a study conducted last year by Avalere Health, which found that the legislation could save federal health care programs $3.6 billion over 10 years. Previous estimates had predicted that follow-on biologics could save the health care system up to $71 billion over 10 years, with $3.5 billion in savings during the first year.

Follow-On Biologics Legislation Could Save Billions Of Dollars, According To CBO