One account and unlimited amount of phones that can be spied upon, email and text message and they can map where ever you are.  Scary – phone’s microphone can be used as a “bug” even if the phone is not being used for a phone call! 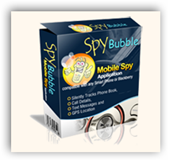 You have to watch the video below on this one.

Sounds like it’s time for some new HIPAA rules real soon if this gets on a phone with an electronic medical record system being used via the phone, so don’t let those phones out out your site at all and stick a password on.

If you go to work for a company that issues cell phones, be careful.  As the video states it is completely invisible and there is no way to know it is there, so to be sure if one thinks it is on their phone, time for a hard reboot and wipe.  You might want to start asking about using your own phone for business.  It works on any Smart Phone.  In healthcare you would get some real  interesting comments here too I am guessing as someone could listen to every conversation a physician has in a hospital for example if the phone was using this software.  Company issued cell phones will never be the same and of course there’s the use advertised for the suspected spouse.

In the case of not getting a phone already pre-set up, the one who wants to do the spying will still that that short amount of time to get someone else’s phone to do the installation, so keep your eyes on your phone at all times from here on.  At $60.00 for a license this could spread fast.

"I hate when someone betrays me, especially if it's someone that I've given a job to. That's why the minute I heard that someone in my company was leaking information to my main competitor, I installed SpyBubble on all of my agents' phones. It turned out to be one of my best salesmen. I immediately fired him and every time a company calls to ask for references, I tell them the truth about him." 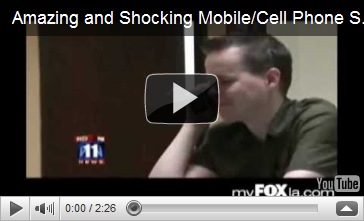 I can see this though for monitoring children who are small and have phones as it would serve as helping with parental controls such as what is quoted from the website below:

"My only child has always been the reason of my existence. So, when he suddenly became sulky and moody, I got worried. I had heard stories about pill-pushers around the school. However, I was determinate not to let them get my claws on my son. That's why I installed SpyBubble on his phone. The moment one of them contacted him, I denounced him to the police. "

Then the next issue is at what age do you cut it off, never?  The idea of the microphone bugging conversations in a room too without the phone being in use is scary too.  I have read about similar software on the web, but none that claim to do all that this software does and all the spy needs is a computer connected to the internet.  BD

"SpyBubble Is Powerful Yet Covert Cell-Phone Monitoring Software That Tracks And
Records ALL Information In Real-Time…
…Which Can Then Be Viewed At From ANY Computer In The World!"