If you need an update you the link below is from a prior post and below is the press release from the City of Hope.  As mentioned before, many were watching this

case as it stands to potentially create a precedence in California with physicians groups and their relations with hospitals.  In this case the judge ruled the hospital can create the new group as the hospital had planned and thus the former physicians group doctors appear to have the option to join or opt out of their affiliations.  It’s all about those algorithms once again.

Three of their physicians — the head of the surgery department, the director of the women's cancer program and the chair of the anesthesiology department — had filed suit against the medical group. All of this comes at a time when accountable care groups are working to be created to form closer alliances between doctors and hospitals, so it appears the creation of the new group according to the decision by the judge will be allowed.  The CMA had also come out with their statement in the past with stating it was all about control over the doctors, and basically what it comes down to of course, like everything else we see out there today is money and how to best benefit when it comes to 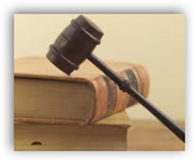 getting reimbursed by what current rules and laws allow.  If we didn’t have the high focus in this area, we probably wouldn’t see battles as such between physicians groups and hospitals, so perhaps we are seeing some additional unintentional consequences here with changing how business is done in order to keep the dollars and money rolling in with both current and insurance structures.

As patients, these battles don’t tend to do anything for us other than have the potential to disrupt and add confusion at times as where care if offered and by whom has the potential to change as contracts change and we see that in the news all the time anymore.  I still contend that changes in the transaction fees and software required today to get paid need reform too as that is one of the most expensive, lucrative and confusing areas of care today.

I said this almost 2 years ago that in order to have laws that we can understand and comply with, we need to see in fact what the payer solutions and formulas call for and be able to understand them as all over the place today this consumes a huge amount of time outside the realms of patient care.

Here’s an example from the web with both peer groups and the doctors not comprehending one carrier’s rules at all.

Keep in mind this is the heart of the matter here and as data and transactions travel to so many places today and the auditing of transaction charges that mount up as a result, it is changing the face of how healthcare is administered and keeps the high priority levels of revenue review and costing alive and well with adding even more auditing and business intelligence software – algorithms for operation – as you might say these have been a direct result from Wall Street methodologies, as look where those algorithms worked for them, they have all the money and basically over a number of years have redistributed the financial sectors of most businesses in the US to include healthcare.  BD

LOS ANGELES--(BUSINESS WIRE)--Los Angeles Superior Court Judge Mary Strobel today rejected California Cancer Specialists Medical Group’s (CCSMG) request for a preliminary injunction against City of Hope, and Oncology Specialists of COH and its President Dr. Alexandra Levine, finding that CCSMG failed to show a likelihood of success on the merits of its claims at a future trial.

The judge, in her ruling from the bench, said her decision was based on several factors, including a lack of sufficient evidence of: direct or indirect control of Oncology Specialists by City of Hope, interference or inducement by Dr. Levine in her recruitment of physicians or potential harm to CCSMG that would warrant a preliminary injunction.

“We have followed a perfectly proper and legal course of action in moving to set up a non-profit medical foundation that will help our organization better deliver its mission,” said Michael A. Friedman, M.D., President and CEO of City of Hope. “The judge’s ruling allows us to continue creating the infrastructure that will provide improved patient care, increase physician leadership throughout our organization and preserve the sacred doctor-patient relationship.”