Merck KGaA is a separate independent company from New Jersey Based Merck,

so again watch and look for subsidiary actions here as ownership gets a little confusing at times.  Merck KGaA is known as EMD Chemicals in the US, and outside of the US Merck in New Jersey is known as MSD, so are your confused now?

“EMD Millipore” is a division of Merck KGaA, Darmstadt, Germany and that acquisition was made earlier this year.  Théramex is a Monaco-based pharmaceutical company.

Teva is one of the biggest and most aggressive generic drug companies that also has their own drugs in development too and they are headquartered in Israel.  BD

Under the terms, Merck will sell its 100-per cent interest in Theramex SAM of Monaco and Theramex SpA of Italy to Teva. In addition, Merck will be eligible to receive certain performance-based milestone payments, the company said in a statement. 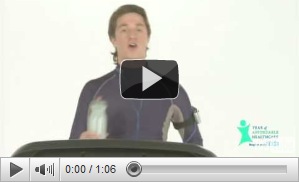 The acquisition will provide Teva with a strong platform to expand its global women's health business and the contraceptive market.

Merck acquired Theramex a decade ago, and since then it has developed a strong brand image, offering a large portfolio of women's health therapeutics in 50 countries, in the areas of gynecology, osteoporosis, menopause, and contraceptives. The company employs over 300 people.