need to look at certifying those algorithms used by insurance carriers too as we just don’t know do we until we get a cancellation or rejection of a claim.  I have been saying this now for about 2 years and perhaps the time is getting closer to give this idea some serious thought.

Software in essence is not much more than a big huge package of algorithms.  Based on management decisions, the companies adjust the parameters of scoring and analytical algorithms all the time.  If the public is unhappy too many claims get denied, the parameters might be adjusted upward or downward and then at a later time, the can be adjusted once again.  It’s how the big insurance machine works.

In addition. the word “fraud” leaves an open clause for many areas of auditing too, with “looking for potential fraud algorithms”.  Sad think about some of this is that the crooks out there seem to do so much better at this game as they don’t see patients but know the data end of it and everyone loses there until the crooks are caught.

I think we need to dig in a bit more and get specific with some working algorithmic models so at least we have an idea as to how the mathematics are calculated. 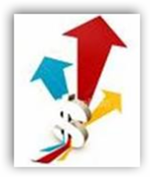 When things get tough and profits are analyzed, all we are going to get are more business intelligence algorithms, many of which are simply put online and with a world of advice saying help yourself to these tools (algorithms).

The SEC has the same type of issue going with Wall Street too and perhaps not exactly the same, but audit trails would be nice.  We keep getting fines and money charged up here with violations, but does anything get done to prevent future occurrences.  This case is specific to the Breast Cancer Algorithm where women were targeted for cancellation upon getting ill.  Right now we just look at printed matter, advertising but if we had actual copies of the proposed algorithms, no problem as the proof would be in the pudding.  BD

Los Angeles city prosecutors Wednesday accused the parent company of insurance giant Anthem Blue Cross of California of falsely stating that it had changed its procedures for canceling the policies of patients after they become sick.
The Los Angeles city attorney's office said that WellPoint Inc. misled the public earlier this year when it denied reports that it targeted women with breast cancer for cancellation.
The prosecutors' action is the latest chapter in the city attorney's ongoing case against WellPoint. It first sued the insurer in 2008, alleging false advertising and fraud over its practice of policy cancellations.

In an amended civil complaint filed Wednesday in Los Angeles County Superior Court, prosecutors said WellPoint issued three "false and misleading" press releases in April and May to burnish its corporate image as it fended off assertions about its cancellation practices in a news story and criticism from the Obama administration that followed.
The prosecutor's office contended that WellPoint continued to target women with breast cancer. It said the company also falsely stated that it had changed its procedures this year before the new federal healthcare law took effect. The law bars rescissions nationwide except in cases in which policyholders lie on applications.