This is a little off topic but the technology here is pretty amazing so thought it deserved a mention.  A police care with camera catches all the license plate numbers of cars within it’s path, then an algorithm translates to a text data base to see if it is stolen or a vehicle of interest.  This is all done without any interaction of the policeman, the car just scans and does it’s thing while on patrol. 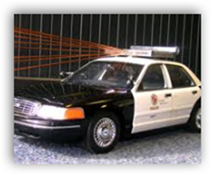 All one has to do is be near one patrol car and your plate is captured.  Being a car thief in some area has become a bit more difficult which is a good thing.  BD

UNIVERSITY PARK, Ill., Oct. 20 /PRNewswire/ -- Since its deployment in August of 2010, the Garden Grove, CA Police Department's mobile Automated License Plate Recognition (ALPR) system has already produced some impressive successes, including the recovery of three stolen vehicles. The dual-camera, lightbar-mounted system, provided by Federal Signal Corporation's PIPS Technology, records every plate encountered, and then uses sophisticated algorithms to translate those plate images into text for instantaneous cross-referencing against a "wanted vehicle" database. Officers are then immediately alerted via their laptops that the vehicle is of interest. All data is subsequently recorded to a SuperRex™ III processor located in the trunk of the patrol car.

David Young, Investigator, Garden Grove P.D., reports that in its first two months on the job the new ALPR system has already read upwards of 90,000 license plates, which led to action being taken by officers in numerous instances.

Garden Grove's system relies on Federal Signal's Back Office System Software (BOSS™) to organize and archive the substantial amount of data that is being continually produced by the ALPR unit. The system spotlights an extremely user-friendly and intuitive interface, which allows patrolling officers to query the data against multiple search parameters, such as time, date, full or partial plate, location, user, etc. The system even permits users to track vehicle movement by mapping locations associated to a specific license plate.