There’s a few other states that might want to pay attention here and for that matter, Congress too.  If you have read the Medical Quack long enough I have several

posts on needing algorithmic centric laws.  Mathematical formulas have made many rich and during better times it was not so much a concern, however, right now we are not living in those past times.  Here’s one from back in August of 2009 to where I explored the formulas run against claim data and the word “fraud” or “potential fraud” carries a lot of weight as if any of the parameters in the claim data fits, when the queries run it could very easily get denied and in case of someone questioning a denied claim, it usually required some human intervention at that point.  To detect fraud, insurers have historically used a so-called pay-and-chase method: They review claims after paying them, and if fraud was suspected, they come back after consumers and doctors after the fact wanting money.  The link below has a few more details on that topic.

to catch on as they have a bill that could require insurers to not only produce some copies of working algorithms (mathematical formulas) but furthermore need to explain them.  The best way to do this is to have actual example of the software code and how it calculates, a visual as words don’t cut it here and takes hundred of pages to explain.

So again, to keep the hidden technologies that run mathematical formulas from stepping all over us, it would be so very helpful to have laws passed that are specific as to what type of computer language and queries that can be run, AND, make that publicly available so people know what is being done and not a big string of queries that nobody but the beholder has privilege to access.  You can read the entire pdf of the bill but here’s some meat and potatoes here as it relates to what a payer may have to come up with….those algorithms!

When a former Goldman Sachs employee had some of their code, all hell broke lose, why, it’s those algorithms and mathematical transaction fees that make income.

All these folks that are running “machine gun” technology compare to the rest of us with swords and daggers win the transaction battles every time, ask any one on Wall Street and our insurers are traded on the open market so they too know all about this and keep plenty of “Algo Men” around.

It’s not Superman, Spiderman or Wonder Woman that we need today, it’s “Algo Man” so our algos can go to battle and audit and ensure everything is correct. The SEC needs a bunch of “Algo Men” too as they face the same issues with managing machine gun technology.

Anyone in office today or running for office needs an Algo Man to have the business intelligence algorithms performed to make sure what they promise can be done.  We have passed the point where promises are made and then the techies make it work, it’s not that simple any more.  We read that in the news every day and not only do we have more data, we also have more data touching other data and being used and sometimes sold for profit.  Here’s a good book that will bring to light something we all need to come to terms with, everybody does not write “good” algos, some are for accurate results and others give “desired” results which may not always coincide with the word accurate.

Back in August of 2009, again I speculated on the creation of a “Department of

Algorithms” or something close to this effect.  There’s a video of Harry Markopoulos to remind you of how he knew what to do and how calculations were made but his comments fell on deaf ears at the SEC, thus non participants who ignore this area and don’t bother to get involved cost all of us money.  Harry says right in the video they didn’t know what to do with the information he gave them.

What do we use to create business models:  Computer Code or Algorithms.  Write up some new algorithms, amend and query what is already in place and “bingo” you have a new business model created with business intelligence software.  The business intelligence software is not the issue or problem, it is the creation that results which is customized and proprietary.   All the money and care we get is wrapped up in the payer side and we spend a lot of time and money with medical records, why are we not certifying the other side and getting some working algorithm samples added to today’s laws?

Here’s one more example and then I’ll close up here, but if you read this link about real doctors and hospitals trying to understand the insurance algorithms, you may understand a bit better why we need those Algo Men.  Instead of being able to devote more time to your care, they are fiddling around trying to figure out complicated insurance carrier algorithms. 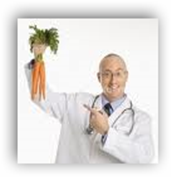 Algorithms for profit only get the carriers drug into court too and yet the next day we turn around we have more complicated algorithms built on ones that already exist that generate additional transaction charges and fees, so unless one takes hard look at what is being done, it keeps feeding itself, and this is part of the reason why being a healthcare CIO today is so tough.

If you are in purchasing without some IT background making software decisions, check with your IT folks as this is where it gets tricky as the software may do what the sales person said, but what is the cost behind the scenes with transactions and associated fees.  CIOs today are studying overtime on how to get rid of some of this and it may require an upheaval, but they are the folks that know the data trails and how it connects to either making or losing money.

So hopefully let’s see where this bill goes as it’s a goods start and as I said the terminology is right, we should be able to see the algorithms.