This is what Ingenix, the wholly owned subsidiary of United Healthcare does, algorithms and business intelligence.  Kind of keep in mind that it was their algorithms too that amounted in a 15 year underpayment to physicians and patients who were paid short and the AMA is just now I believe finishing up receiving and helping all with their underpayment claims.

Just as information, Ingenix also owns a subsidiary who bought this company in China which is working to bring more Chinese drugs and devices to the US and globally, so what’s going on there?  I3 is owned by Ingenix so are you starting to see the layering of subsidiary companies and their actions?  I

think we can figure this out as the dollars get tighter they will be pushing more of their products at the US and thus again less of our products standing a chance as we all know how aggressive Untied is with their algorithms in cutting cost.  When anti fraud contracts as such are awarded, does this also help get subsidiaries as such in the door?  I think that’s a good question as data and analysis between the 2 is an obvious as that’s that Ingenix does – algorithms and analysis for profit, some of which are basically invisible to the average consumer’s eye.

In addition, the same subsidiary, I3 works and potentially sells data to a clinical trial

company too so again look at all the different subsidiaries operating here and perhaps you can begin to piece this together on how all the data comes together as money is made selling data to other companies and all this comes to the bottom line profits of United Healthcare.

Fraud is a tough battle with healthcare claims as there are sometimes many 3rd parties involved and some of those too are subsidiaries of insurance companies making big transaction profits from each claim that goes through the processes so I question the point here on how much fraud will they really find, and just plain thinking here tells me they won’t find more than what would cut off those transaction profits so you end up lukewarm here with efforts on some fronts but not a full on effort as I think you might see with companies not having any vested interests with either corporate offices or other subsidiaries.   Ingenix is a subsidiary of United Healthcare, and guess what, Ingenix has subsidiaries of it’s own too so you have to look at the whole picture today to see who’s profits interests are represented and where.

We also all know that crooks don’t see patients so when it comes to algorithmically correct billing, they nail it and it’s the legit providers in some cases that are drug over the coals.  The link below has a couple videos that go into detail here and how it’s US law agencies doing the work for the most part.

Here’s an interesting article from 2009 where Ingenix shut down many dermatologists and the battle is still in court.  Doctors offices were not prosecuted for fraud and it pitted patients against doctor’s offices.  This is sad but read the article and see how the algorithms are used to rip doctor and patient relationships apart with the numbers shown on a screen that even employees are afraid to question.

This is just one reason insurers and their algorithms with their business models became so unpopular.

The term “fraud” when running algorithms for accuracy and potential fraudulent  activity covers a huge amount of ground and is not always correct either if you look at numbers only so a combine effort is needed to ensure that the picture being shown by the numbers is what is actually happening.  Like I mentioned above, you need to look at the whole picture as the word fraud leaves a big hole there to question claims and analyze.

Some Medicare subsidiaries are wholly owned subsidiaries of of insurance companies so again where’s the incentive to fight fraud as they need those transaction fees to put profits on the bottom line. 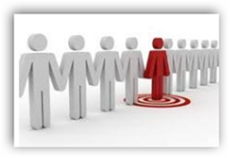 The algorithms take your claim and score you and your health conditions and thus when it falls out of the designated parameters, well we have denial and other such events that come next.

The entire process though does require more than just computerized algorithms to catch fraud and hopefully the State of Kentucky will realize this and also incorporate other methodologies as well to look for fraud other than just flat out algorithmic scoring.  BD

According to a statement by Governor Steve Beshear, Kentucky has hired Ingenix to detect fraud, waste and abuse in the state’s Medicaid program. The state estimates that $27 million in overpayments, alone, will be identified with the new system.

Gov. Beshear says Ingenix will have a three-year contract, contingent on the amount of Medicaid overpayments recovered. “In a program the size of Kentucky’s Medicaid program, which continues to grow both in costs and people served, having the most vigilant waste, fraud and abuse detection system in place is critical,” Gov. Beshear, said in a statement.