care and the impact it will have on the community and MetroHeatlh Medical Center would suffer a loss of business, with is the county hospital that has a level a trauma center.  The trauma center is slated to move the trauma center to another hospital, Hillcrest in Mayfield Heights.  This certainly is opening up some good conversation too on how far will we need to travel for urgent care and how contracts and budgets are coming into view here.

Here in California we have had our share of trauma center closures and yes there are further distances now required for treatment in some pretty populous areas.  BD 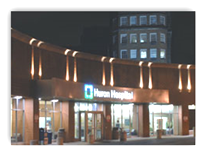 its plans to close its Huron Hospital’s Level II Trauma Center. During the meeting, Cosgrove dropped what some are calling a “bombshell” on the history of that trauma center.

Cosgrove said that the current plan to move Huron’s Level II trauma center to Hillcrest Hospital in Mayfield Heights has been talked about for some time.

Cosgrove then said that the discussion on the upgrade was stopped “stone cold” by commissioners because they were concerned that it would take business and patients away from MetroHealth Medical Center, the county’s taxpayer-supported hospital which has a Level I trauma center.

Fudge stated that the Cleveland Clinic’s decision has not given the affected communities adequate time to implement a major re-routing of their emergency medical systems.

“Until all stakeholders have an opportunity to join in the discussion and fully assess the impact, I (ask) the Cleveland Clinic to delay implementation of this decision.”