This comes out of Harvard Stem Cell Institute and this stand to hold a two pack punch with putting all the politics of stem cell research in an area of satisfaction so they can march on and find another cause to worry about and the ability of science to find treatments in a faster more efficient methods.  If this route becomes the norm, then we can finally put to rest the debate over stem cells which is somewhat one more throw back to the 70s and 80s for politicians to take a stand on and I guess they’ll have to figure out a new one. 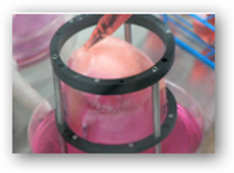 Obviously there wills still be a need for the actual use of stem cells and I believe research will continue, but again with a potential alternative it will take some of the fire out of the political side of all of this, thank goodness as it’s getting old.  Stem cell research is what scientist are hoping to use to find cures for diseases such as diabetes and we do need to reach a point to where this no longer is an issue for politics and let science do what they do best and find those cures.  We are already running behind due to our former administration with the veto on this type of research so do we cut off our nose to spite our face when other countries are moving full steam ahead?  BD

There was a massive “game-changing” development in stem cell research last month, but you probably didn’t hear about it.

The new approach involves molecules known as "messenger RNA" (mRNA), which cells use to create proteins they need to carry out vital functions. Working in the laboratory, the researchers created mRNA molecules carrying the instructions for the cell's machinery to produce the four key proteins needed to reprogram into iPS cells.