Home » Medically Related » My Commentaries » Other Items of Interest » In India More Have Cell Phones Than Toilet Access UN States–A Case of Imbalance And A Government Playing Catch Up?

In India More Have Cell Phones Than Toilet Access UN States–A Case of Imbalance And A Government Playing Catch Up?

No doubt cell phones bring communications to those who live in poverty and in time hopefully will begin to improve the quality of life we hope, but not having access to a toilet goes back to the very basics of living.  The article goes on to say that

due to the fact that cell phone communications are so wide spread that it could in fact play a role on bringing toilets to those in poverty, and I guess time will tell.  We all know that not having access and having to defecate in the wild promotes disease as sanitation efforts are of course stressed with the potential of infecting water supplies and more.  Toilets in India are not even like we expect in the US and I found a short video at the “Toilet Museum” in India below. 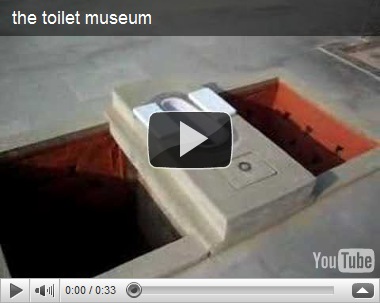 What is also interesting here too is the fact that private companies charge those in poverty more for the basics of running water, etc. than what the wealthy pay, so again a severe case of imbalance it seems when the basic needs are not being met for so many.  The government the article states is chipping in here and is working on the problem.  India as we know has some of the biggest contracts when it comes to technology and the internet, as well as some very sophisticated data systems and again it seems there’s an imbalance here with basics and technology needing to maybe mesh together in a different way.  A link from last year about the street doctors in India somewhat tells another story too on how some citizens due to poverty levels are consulting with a “man on the street” who may in fact end up being a quack. 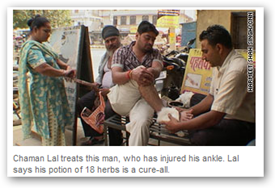 We also continue to read about work like the Gates Foundation is providing in India too with even some of the most simple education programs with pregnant women and how to take care of babies and vaccinations for polio being given.

With a country that is building big hospitals and is so far out there with promoting medical tourism with the western world, the very basic needs of citizens are not perhaps being met here and it’s strange how the cultures survive together and maybe for economic reasons, but with all the growth that has taken place and some of the large numbers of millionaires and billionaires that have been created, perhaps philanthropy efforts could also help those in need and show the way for progress for all.  Having a phone to communicate of course is by all means important as the alternative of nothing would be worse in times of need but perhaps the toilet issue could also edge up there a bit on the priority list.  BD

MUMBAI, India – The Mumbai slum of Rafiq Nagar has no clean water for its shacks made of ripped tarp and bamboo. No garbage pickup along the rocky, pocked earth that serves as a road. No power except from haphazard cables strung overhead illegally.

And not a single toilet or latrine for its 10,000 people.

Yet nearly every destitute family in the slum has a cell phone. Some have three.

When U.S. President Barack Obama visits India Nov. 6, he will find a country of startlingly uneven development and perplexing disparities, where more people have cell phones than access to a toilet, according to the United Nations.

And while tens of millions have benefited from India's rise, many more remain mired in some of the worst poverty in the world.

Businessman Mukesh Ambani, the world's fourth-richest person, is just finishing off a new $1 billion skyscraper-house in Mumbai with 27 floors and three helipads, touted as the most expensive home on earth. Yet farmers still live in shacks of mud and cow dung.

Yet U.N. figures show that only 366 million Indians have access to a private toilet or latrine, leaving 665 million to defecate in the open.