I enjoyed watching the show and the under currents and statements they made were loud and clear.  I focus on this from a healthcare point of view and so much of what he said was true.  Yes, there was a bit of an attack on the press and yes some of this is very true, I see it all the time being a blogger and looking at what I 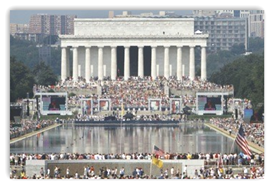 choose to publish here.  There’s a lot of nonsense out there with what I believe the “ratings” are pushing so again what is something “real” and what is a story focusing on better ratings.  We need the press by all means and as a blogger I am merely an extension and a forensic dot connector of sorts.

Overreaction is what drives so much of the insanity today.  I get press releases, news stories, which I appreciate by the way, but some are those that tend to signify a reason for panic or concern which I may feel doesn’t belong here and I sort them out.  I see on Twitter every day folks retweeting the OMG stories and that’s fine as they too may be trying to develop more readers that way, but it doesn’t toot the beak of the Medical Quack.

I did my own take on some of this a few days ago as relates to healthcare technology, collaboration available with tools for free, and nobody bit.  I try to look at the big picture as best I can but in the innovation areas I see just gluts of new software out there that’s going nowhere, but because it is new everyone jumps on it.  Keep in mind that I am a former coder and used to write stuff like this too, so I think I can say that I am more than a casual observer here as it makes me nuts too.

A prime example is a new cell phone application that sends text messages, we have tons of those and personally in my own opinion, that would be very disruptive to how I live and refuse to use such a system  and I have a lot more going on with my smart phone that most may.  I also look at the privacy issues with many of them too, my opinion here, but on the web every single software application is marketed like it’s the greatest thing since sliced bread, and it is not if there is no real substantial value.   Watch Jon Stewart in his final address here, pretty inspirational. 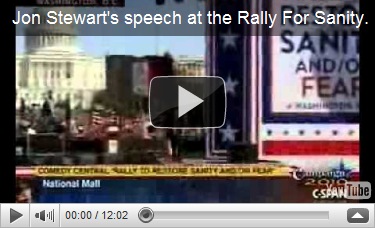 with the lack of participants in Congress with consumer general digital awareness (remember some could not use a password to lock up their wireless networks at home or at least ask) and yet these folks are who we rely on to make laws that encompass this fast moving world, it scares me to death at times.  This is a good book to read and the word “Proofiness” was coined by none other than Steven Colbert.

I have said the a million times here but if one sits in denial of the fact that algorithms and mathematical formulas have changed our our whole US economy, then you are sitting in a full case of big time denial.  It is what it is.

One last post that is also of interest after looking at the titles above, see how Wall Street is sending money to the folks that live in the 70s, as they are controllable in many ways with lacking knowledge and keep bring up stuff that makes no sense today.  Here’s a party that doesn’t know how to work with common day business formats and exposes the names of the lobbyists that created the GOP mission, and this is a fact below from Rachel Maddow with names, images, etc. and if you are having an issue understanding this, go look it up on Google as pdf are standard business practice documents and when I create one for someone else it’s a piece of cake to remove all my personal data, i.e. doing a brochure for a company or something of that realm.  To have individuals who can’t pass “go” here on the basics of business consumer IT knowledge is scarier than I need to think about as how can they make laws if they don’t get the basics of writing a mission properly.  How can such individuals make intelligent decisions?

Again it is what it is as reported in this case.  I think we are starting to see some

signs here of a wake up call as we read in the news that Nancy Pelosi took time out to visit Microsoft and President Obama is talking with Bill Gates and Steve Jobs, so he gets it big time and sees the distraction and disruption and has even made that comment himself on the level of disruptions and distractions that keep people from focusing on what is important.

They better get themselves a bunch of Algo Men as used by Wall Street and Health Insurers for years!  The GAO is good an helpful but they are accounting and not the creators of those algorithms.

THE SEC HAS FOUND OUT TOO THAT THOSE ALGOS ARE NOT PERFECT.  Algorithms are created that bring about “accurate” results and then there are those formulas written to create “desired” results and the 2 of them are not the same all the time, know this.

Jon Stewart and Steven Colbert did a great job today with knocking on some doors and we all need to think about what really is important and tune out the alarms of panic and OMG type of stories you see today as many of them are just that.  Remember too that we need to get smarter and get smarter leaders who are participants so we don’t have a Congress of Magpies that just repeat without full understanding what others are saying and doing.

I use the term Magpie Healthcare here quite a bit and perhaps now it’s time to add on Magpie Congress? <grin>.

One last link here too that has some great visuals that will give some insight as to how the non participants who sit in denial and live in the 70s tend to waste a lot of time too with asking for information, which also doesn’t work well for public profiles and opinions.

Jon Stewart and Steven Colbert you can almost bet have an Algo Man around and they group they have probably doubles as writers too, a very smart move.   These are brilliant guys and their depth goes way beyond just being comedians.  As a matter of fact when it comes to chasing algorithms, Jon’s Home state of New Jersey is getting wise to this too, so it’s rubbing off and so please be aware and don’t focus on what really doesn’t matter and read up everywhere you can today as we are all going to need it.

This was such a good showing today and we all not only were entertained but a full packed political message was sent by a couple that had balls enough to do what needed to be done.  BD